Sudin and his best friend Siti have now been in Jungle School in the Bukit Tigapuluh Ecosystem in Sumatra for seven months. 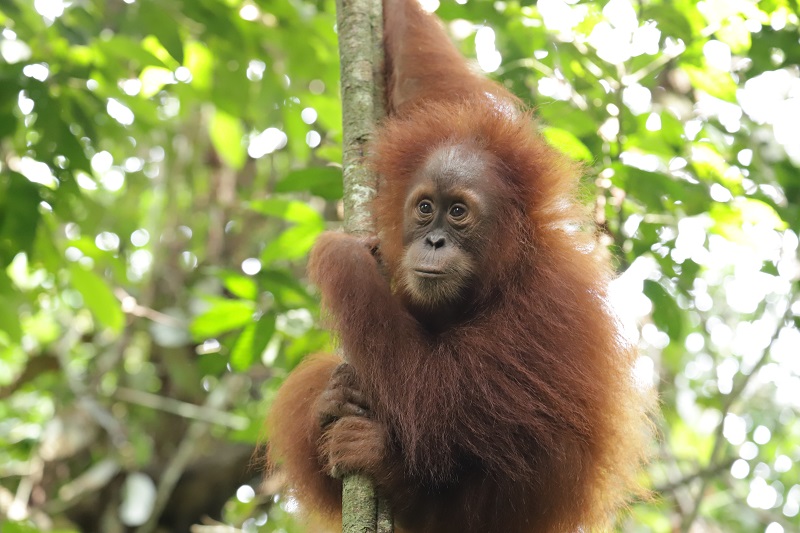 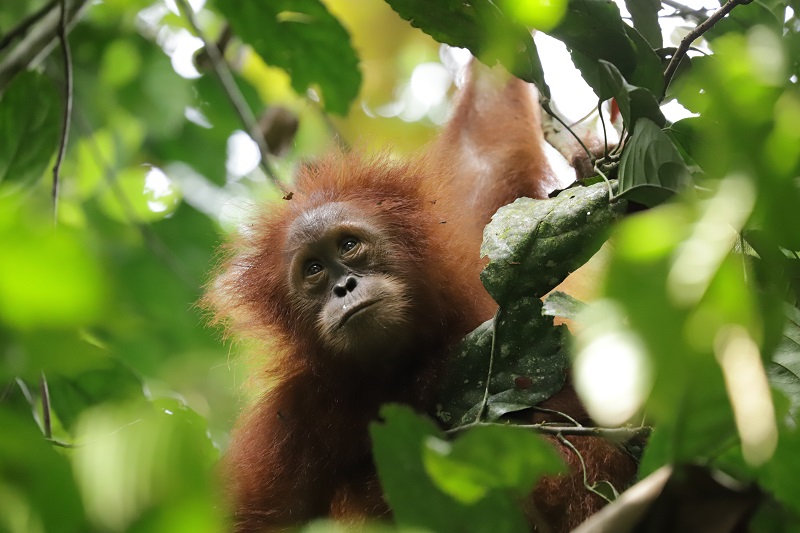 Jungle School is usually conducted every day in two sessions: 8am – 11am and 1pm to 4pm. Sometimes, Sudin and Siti don’t want to come down, so they stay at Jungle School for one long session.

Sudin has shown good climbing skills and is more agile and faster than Siti. However, he has had a few falls. He likes to forage and tries various forest fruits and leaves. For a while their foraging behaviour was quite low due to the limitations of their baby Jungle School area. Sudin mostly ate leaves and supplement food from the orangutan keepers. To improve their ability to forage, the orangutan keepers began moving them to different locations where fruit was available.

As well as foraging and climbing, Sudin and Siti have had the opportunity to play with other released orangutans at this site including Cece, Citrawan, Ucok Mabes and mother and daughter duo, Violet, and Vanilla. It is wonderful that these youngsters can learn from more experienced orangutans. Sudin is more confident than Siti in these social activities and plays extensively with the other orangutans.

It is wonderful to see the progress that gorgeous little Sudin is making in Jungle School. Well done little guy! 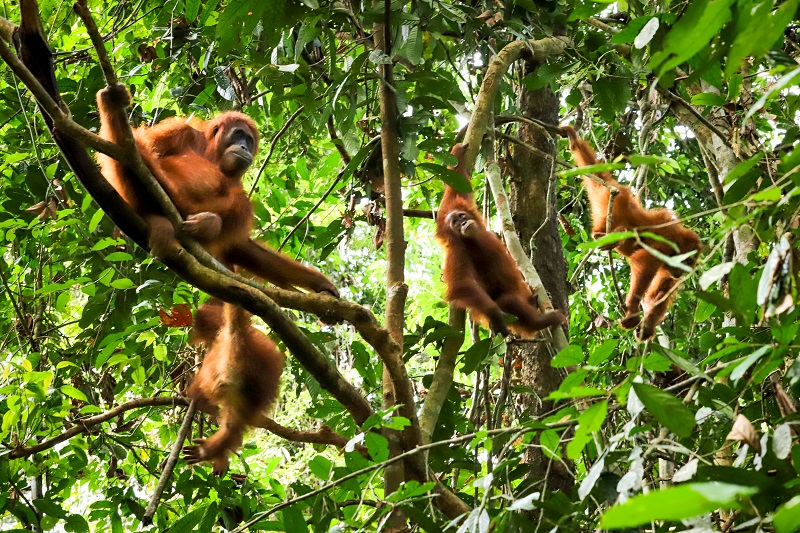 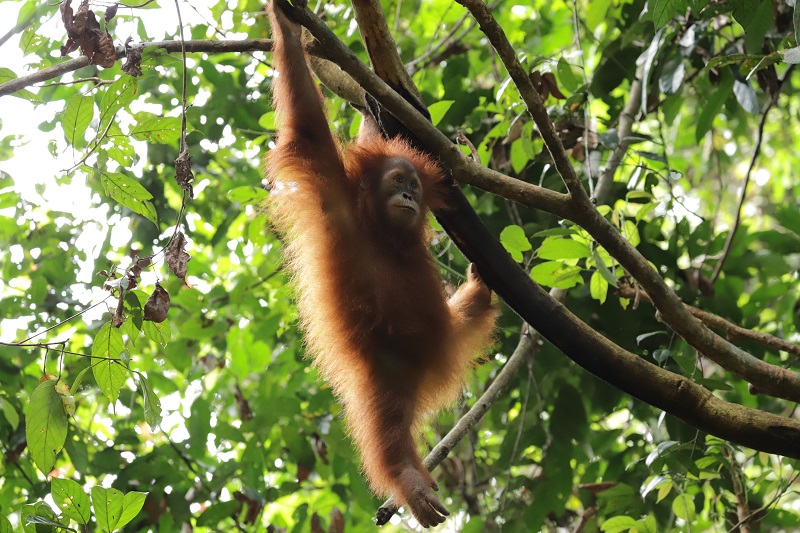 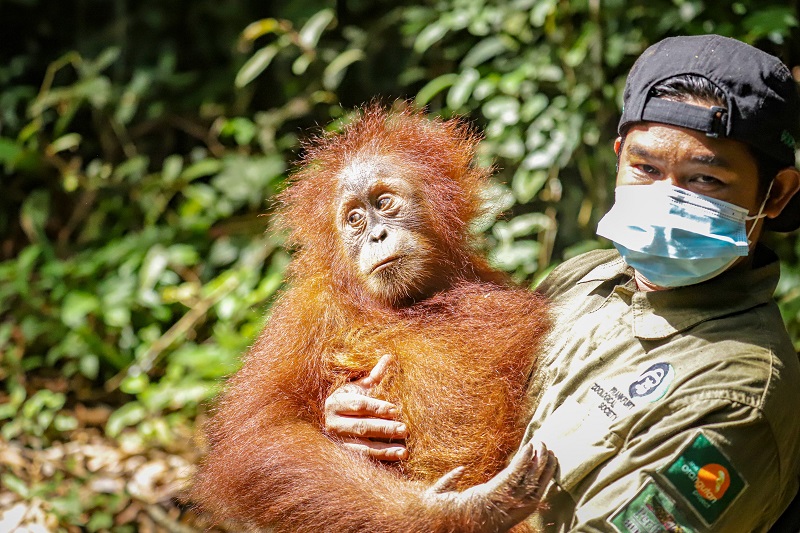 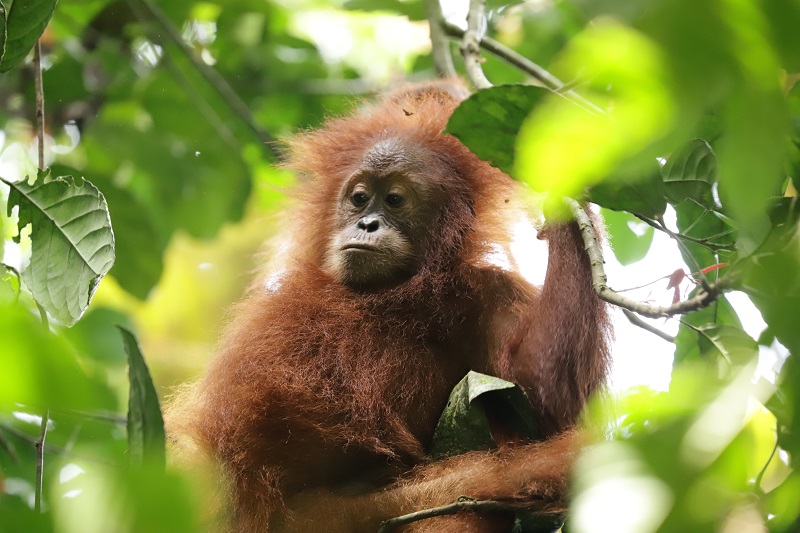