Hercules and Antak are now free!

The BORA Six are on the move! Earlier this year we asked for donations to help return four orangutans - Nigel, Hercules, Antak and Memo - back to the wild. Along with mother and daughter pair, Ucokwati and Mingil, we called them ‘the BORA Six’, and the incredible news is that now three have been released into full freedom in the Busang Ecosystem! 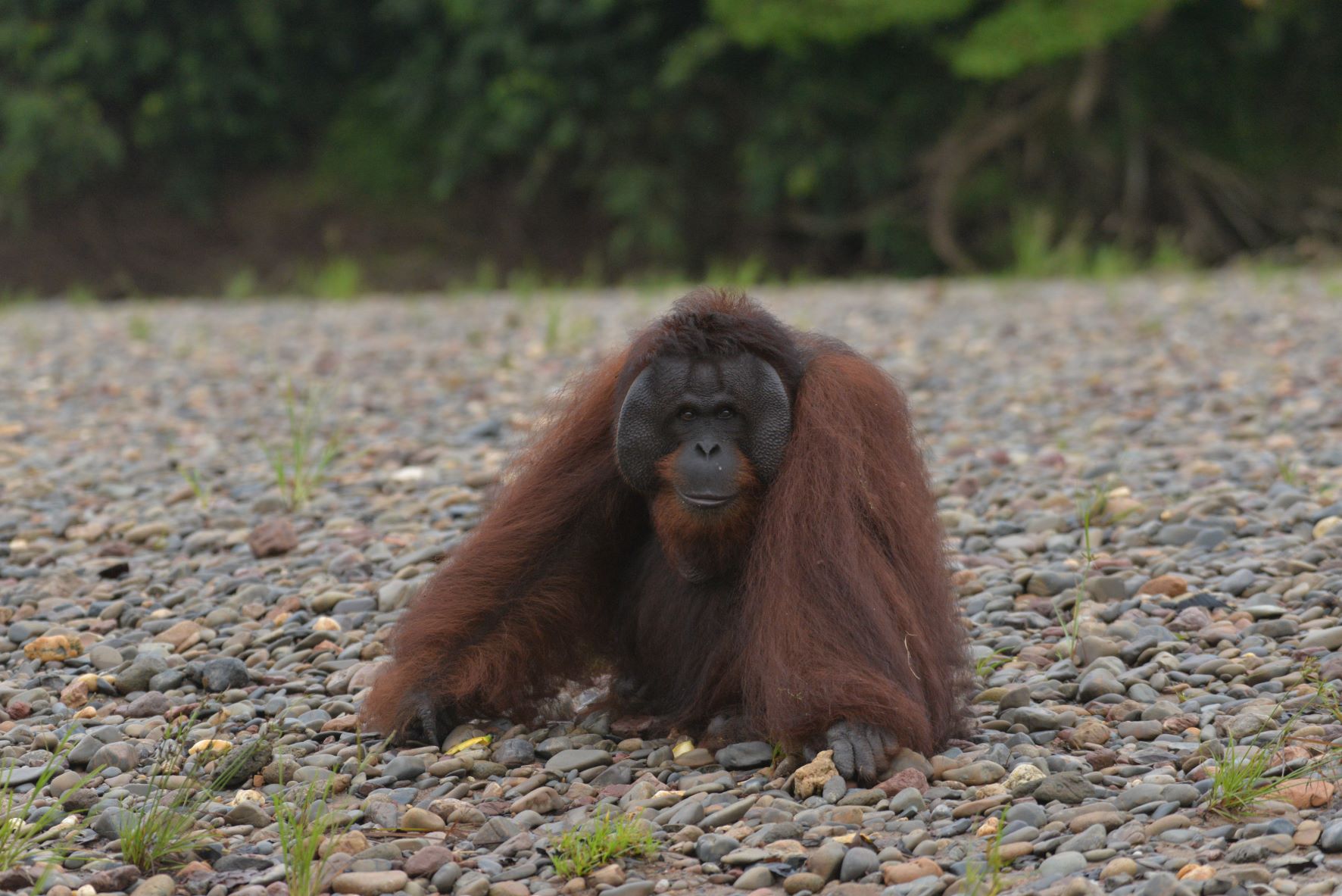 Above: Antak on Bawan Island a couple of weeks ago

In July we transferred Nigel from Bawan Island to the Busang Ecosystem, where he was very happy to shimmy straight up a tree. This week, Hercules and Antak had their turn. All three are now free in Busang, enjoying the vast protected forest and discovering just how wonderful it is to be wild and free.

Hercules, Antak and Nigel had lived together in a cramped metal cage in a zoo, where their movements were severely restricted and they barely saw any sunlight. When they were rescued in 2010, they were hairless and starving; they could have died if they hadn’t been rescued.

After Nigel was transferred from Bawan Island, we were able to move Antak out of our rescue centre, giving him a month of transition into a forest setting. Hercules had lived for a number of years on Bawan Island, waiting for the day when he could return to the wild. 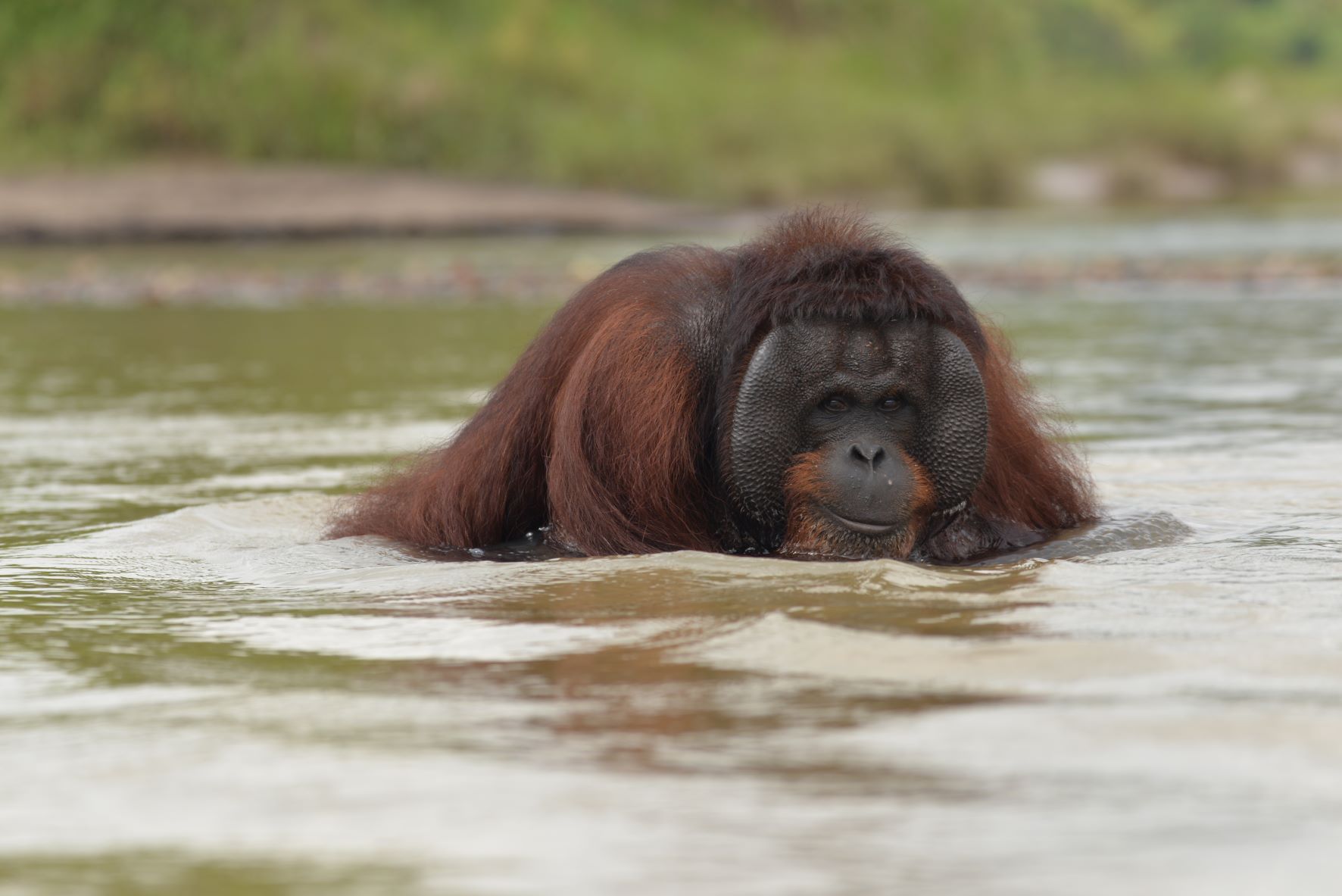 Above: During the sedation process, Antak became sleepy in the water and the team had to work hard to encourage him out of the water and into the transportation crate

The release of these three was made possible thanks to the Indonesian Ministry of Forestry granting us 20,000 hectares of forest within the 260,000 hectare Busang Ecosystem. Without protected habitat, they would not be able to return to the wild. Our rangers will now monitor and patrol this ecosystem to ensure that all orangutans living within are safe from illegal deforestation, hunting and the illegal pet trade.

Now that all the male orangutans have been moved to the Busang Ecosystem, we’ll be able to move gentle female Memo from the rescue centre to Bawan Island. This will be a momentous occasion, as all six orangutans will be finally free of their cages. It takes many months and many people to free just one orangutan, so your support for the BORA Six has made a huge difference. Thank you!

Stay tuned for more news in the coming months, as we prepare Memo for her transfer to the lush jungle of Bawan Island!

Below: Antak on the left and middle on Bawan Island before his capture and release, with Hercules on the right and one of the orangutan carers leaping out of the way while the team attempt to sedate Hercules for his transportation to the Busang Ecosystem 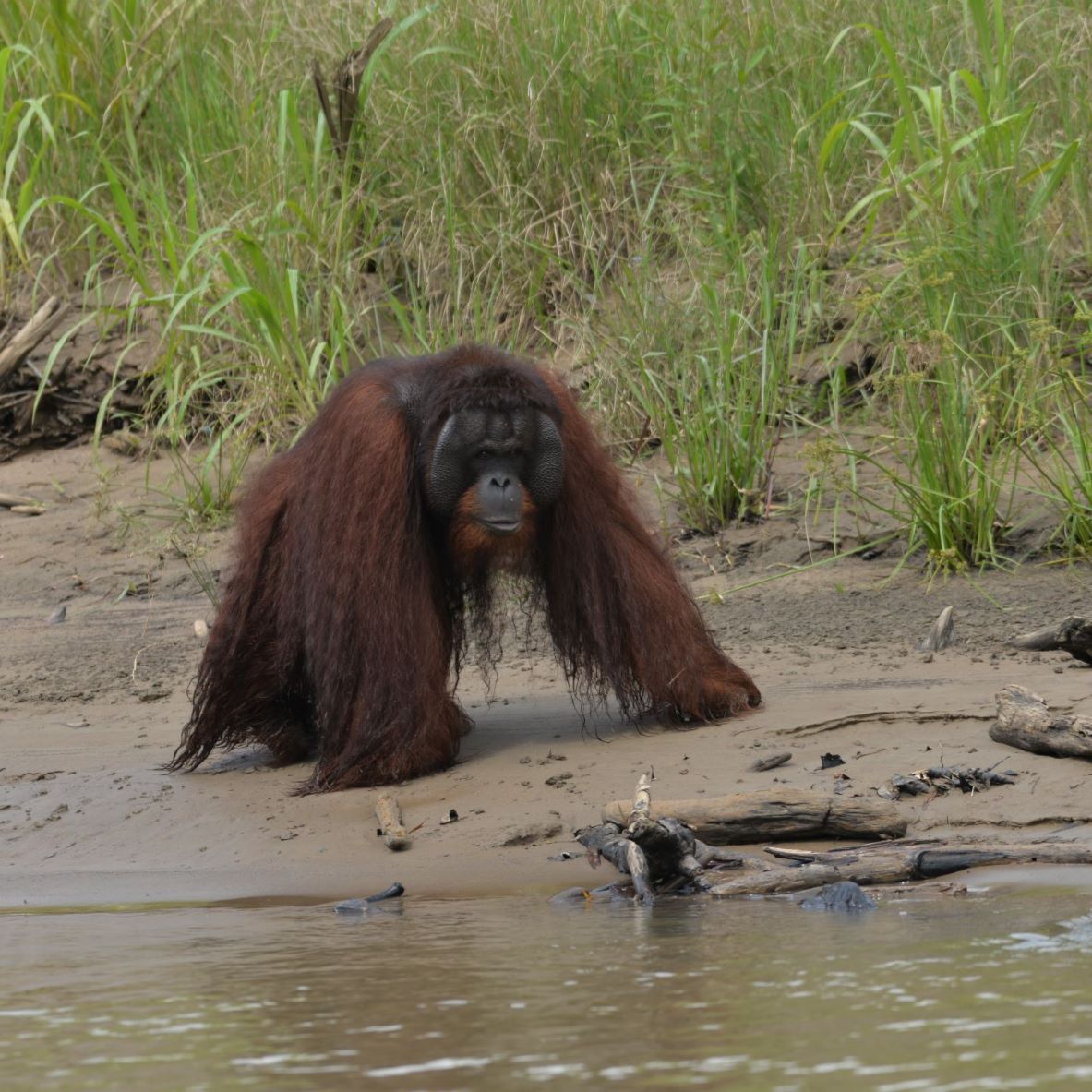 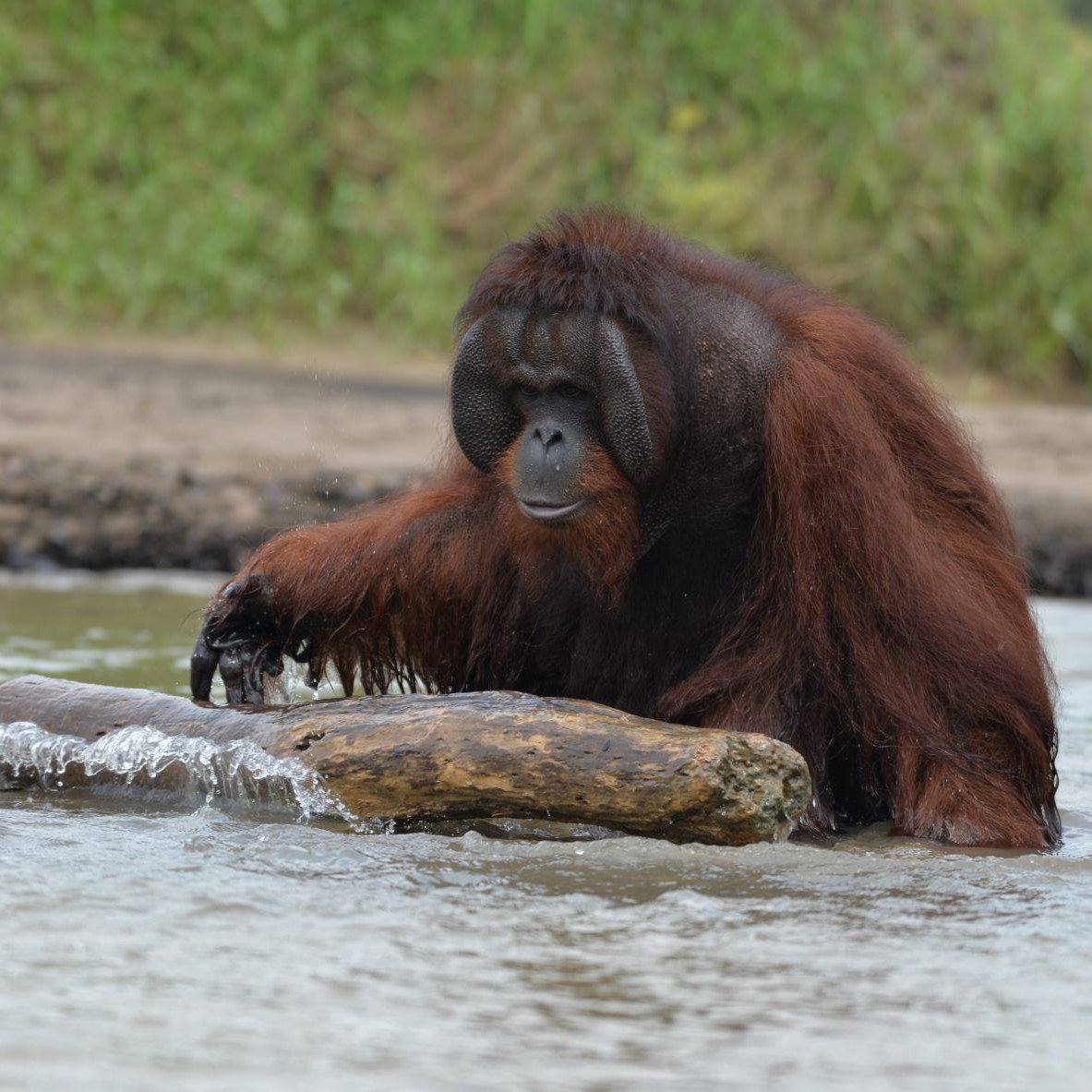 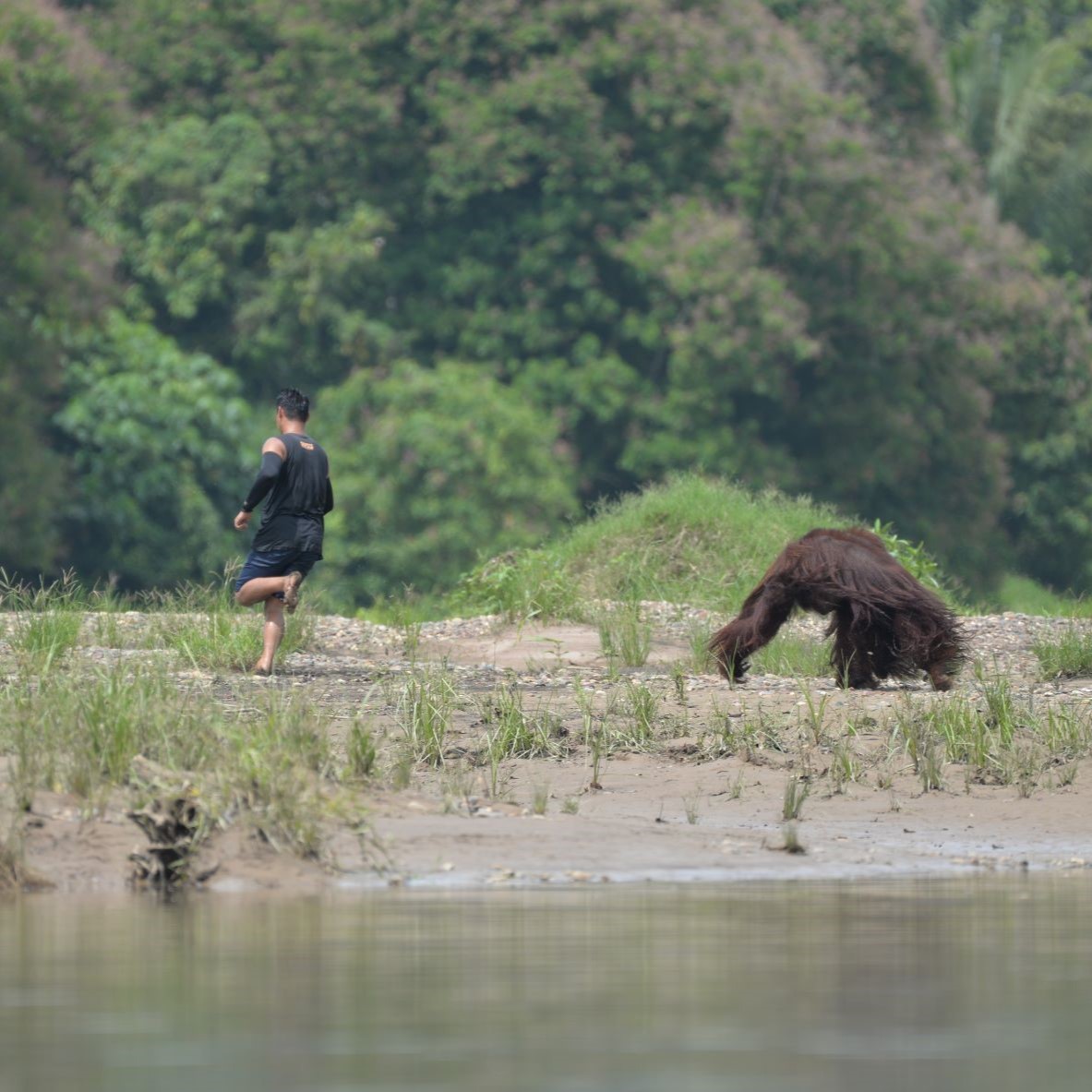