Satria released to the wild!

For every orphaned orangutan, the dream is freedom in the forest, far from the cages and fear of their youth when they were stolen from their mothers. For Satria, one of the orangutans at Camp Rasak in Borneo, this dream is now a reality. We’re proud to have supported the Orangutan Foundation’s Camp Rasak soft release program in Lamandau Reserve since 2008.

Satria was two and a half years old when the team rescued him from captivity, but from the start he showed he was a strong climber. During his years at Camp Rasak, Satria and fellow orphaned orangutan Endut would be taken out daily to the forest to build up their skills. By May this year, Satria and Endut were both old enough to be released, but only Satria was ready. Only Satria had mastered the all-important skill of nest-building.

Orangutans build new nests every day, so it’s one of the most crucial skills for orangutans to demonstrate before they can be released. In fact, Satria has shown excellent nest-building skills for a while. In February, the Orangutan Foundation let Satria stay in the forest for a night. He made a big nest and stayed in it until morning. The next morning, the team noticed he wasn’t stressed and seemed to have enjoyed his overnight sleepover. 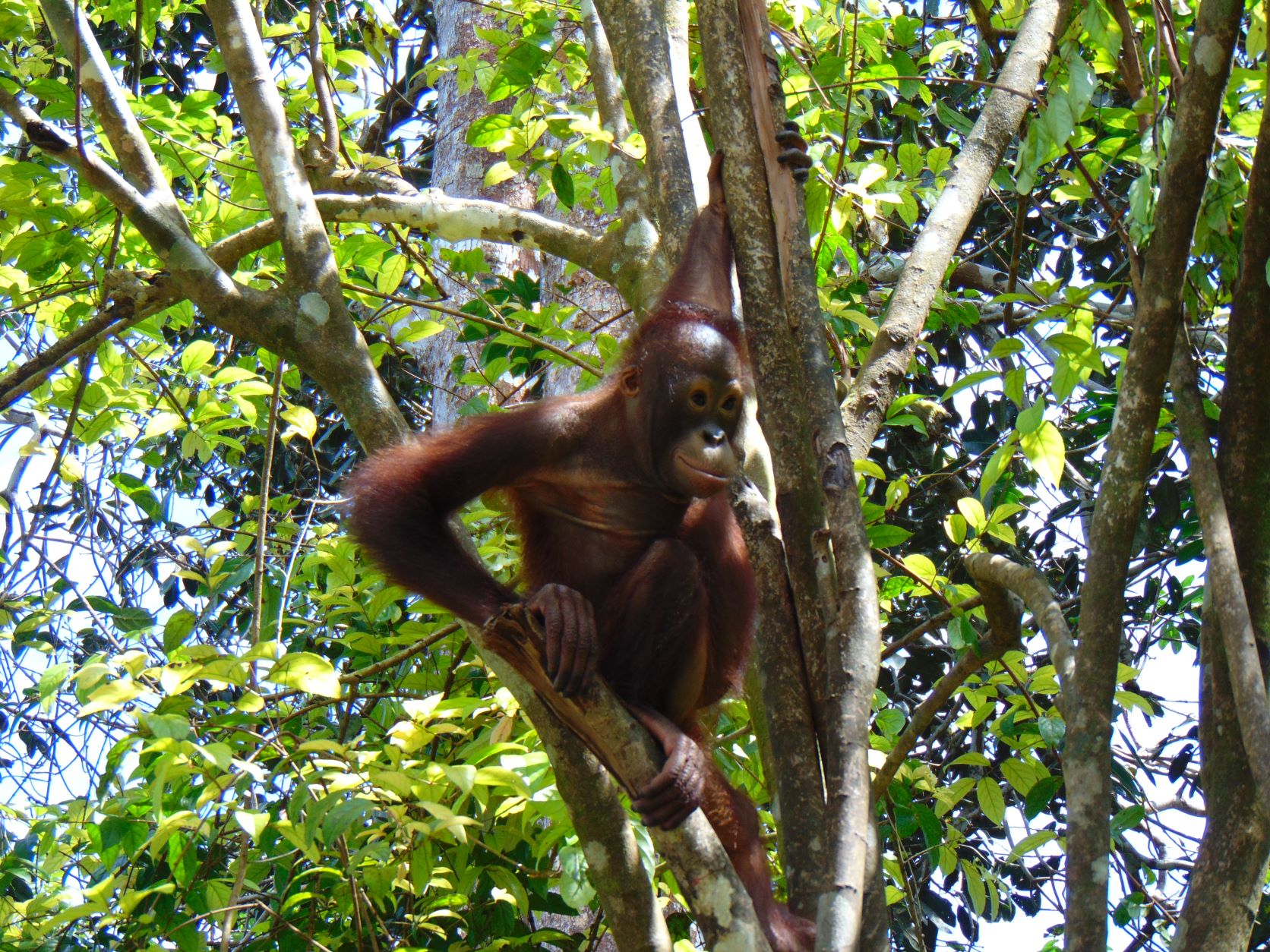 Then in June, the team left Satria in the forest surrounding Camp Rasak for five nights to make sure he could continue to nest-build, move around, forage and survive without them. This was huge for Satria! But the ease with which he coped showed he was ready to graduate from the soft-release program.

Satria has gone from a vulnerable young infant to a confident sub-adult who is ready to make his way in the world. Five years may seem like a long time for an orangutan to be in the care of humans, but in the wild, Satria would have spent at least that long - if not more - with his mother, learning all that he needs for survival.

After a medical check-up to ensure he was healthy and free from COVID-19, Satria was transported a kilometre away to the specially chosen release site. He now weighs 30 kilograms, so that’s no mean feat for the Orangutan Foundation team! Great work by all involved!

When he reached the forest in the transit cage, Satria quickly climbed up into the trees, but then he stopped, more interested in the people on the ground watching him. It was obvious the team needed to leave the area for Satria to really explore his new home. And now, Orangutan Foundation reports that he’s doing well, establishing himself in the population of over 600 orangutans in the Lamandau Reserve. He’s finally living the life that was promised to him when he was born into the wild so many years ago.

Read more about the work of the Orangutan Foundation here.

Below photos show Satria soon after he was rescued, growing older at Camp Rasak, and medical check-ups he received recently before he was released to the wild. 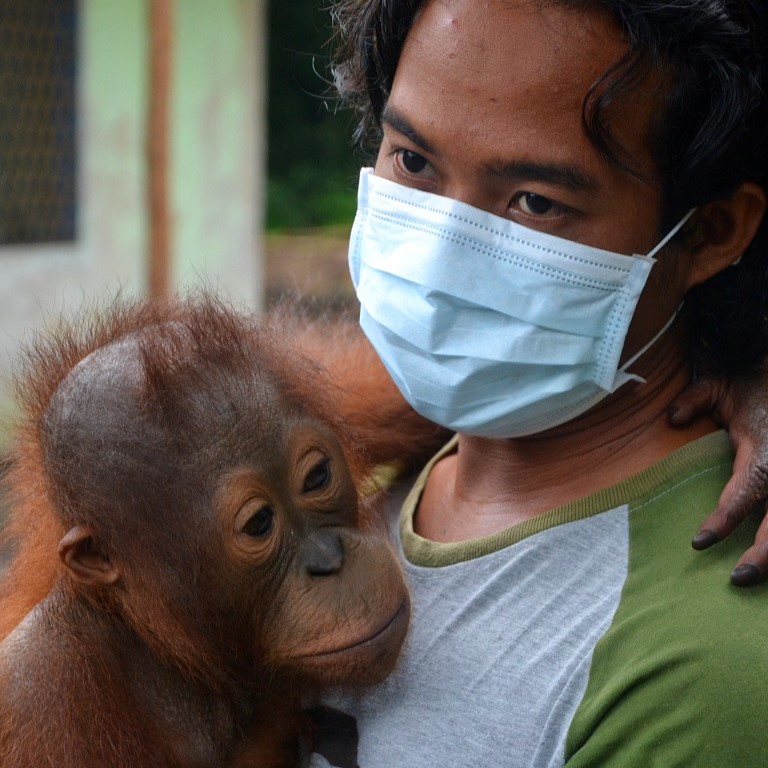 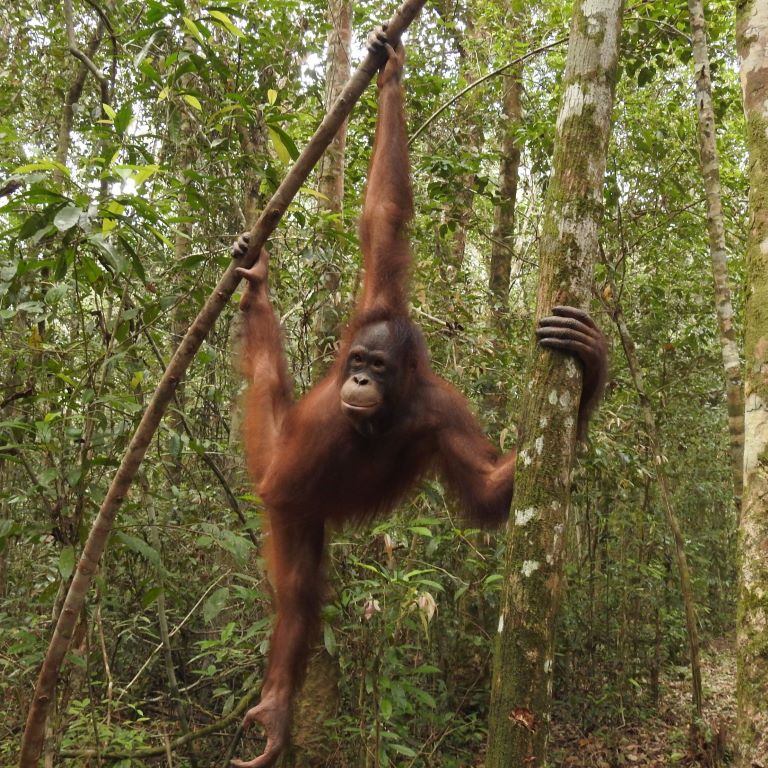 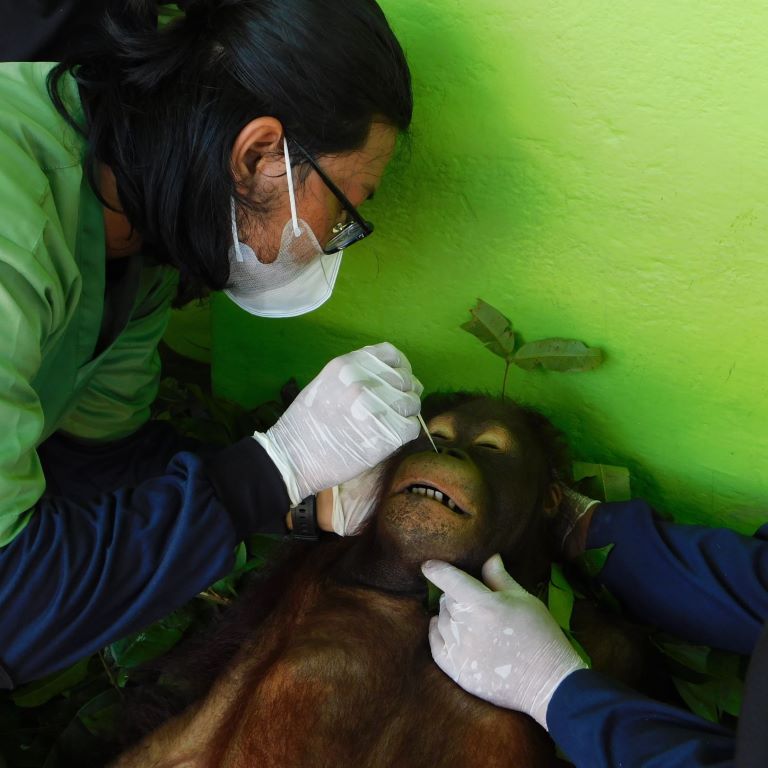