After the young orphaned orangutans at COP Borneo have had their breakfast and milk, they will be taken out to forest school, usually for about four to five hours. Popi still shows a strong interest in her human carers since she has been at COP Borneo since she was a tiny baby. She often prefers to be held by her carers or stay close to them and play on the ground when she's at forest school. Sometimes, to encourage Popi to climb into the canopy, a staff member that Popi doesn’t like so much will come out to the forest school area and then Popi finds playing with the other orangutans more appealing.

Popi still makes mistakes when it comes to choosing tree branches to climb on. She often falls because the branch she chose was too small or not strong enough. Thankfully, Popi hasn’t been hurt in these falls since she has not been high enough. During forest school, when Popi ventures to the ground she will search for termite nests. She is usually successful in finding termites and loves to eat them. Termites are an excellent source of protein in the forest. Popi is also quite good at finding fruits and flowers to eat. She will break small branches and peel the bark off to eat the inner part of the branches.

Popi will often have her food stolen from her by other orangutans in the enclosures so the carers have to ensure that Popi receives enough food. Popi also loves to receive her milk and this is important part of her diet since she is still so young.

Popi continues to make progress at COP Borneo however she is still very young and in the wild she would have many years of guidance left with her mother. As she gets older, the keepers are confident her skills will continue to develop. 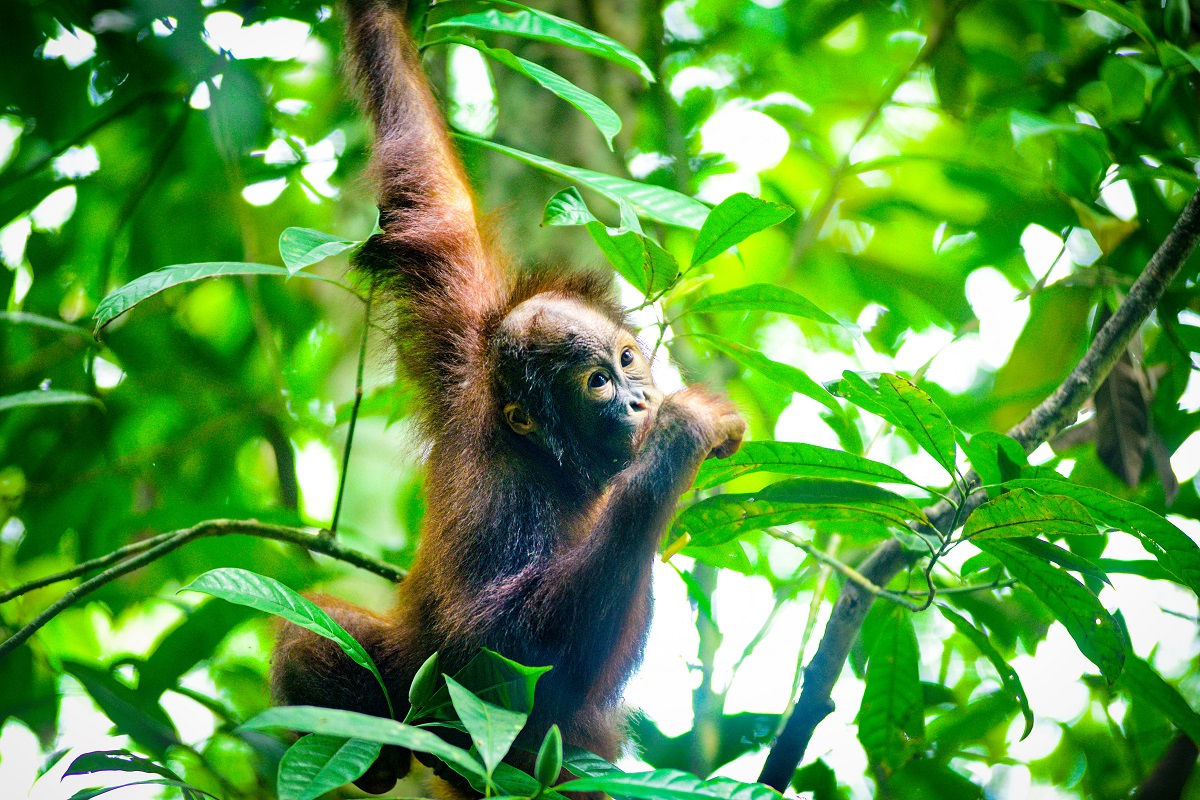 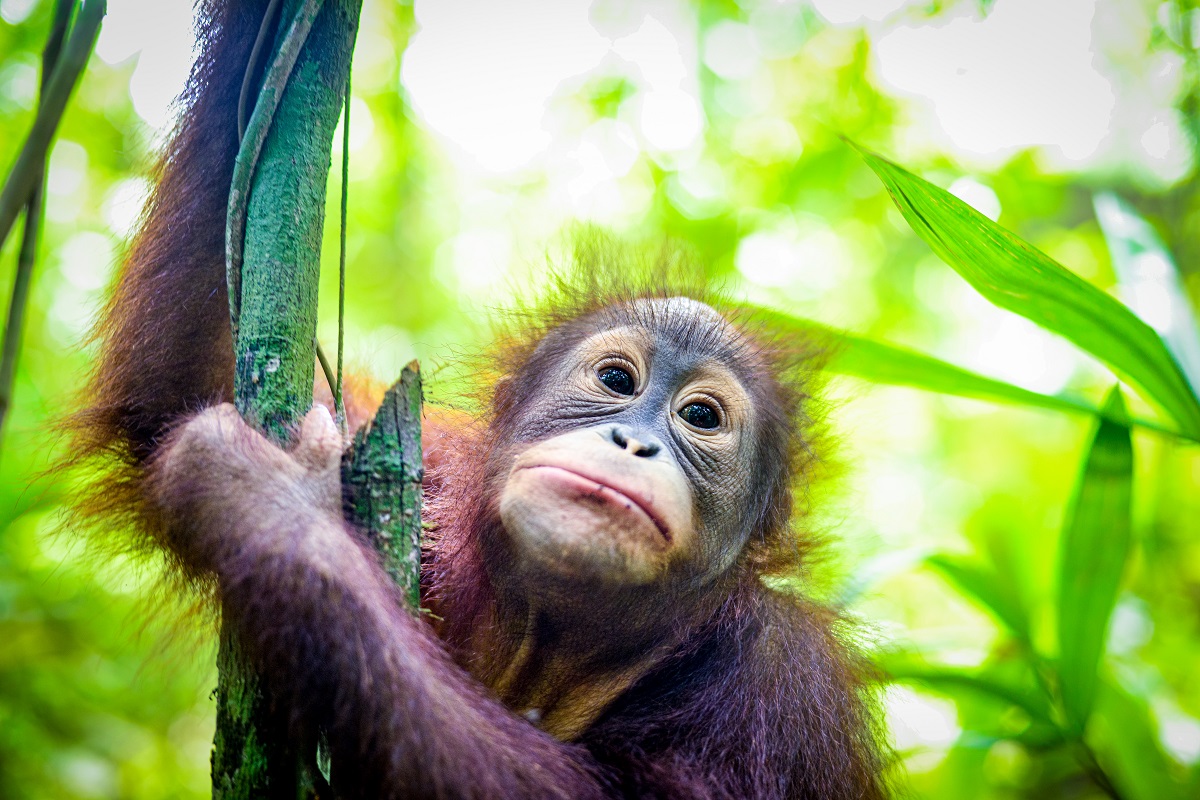 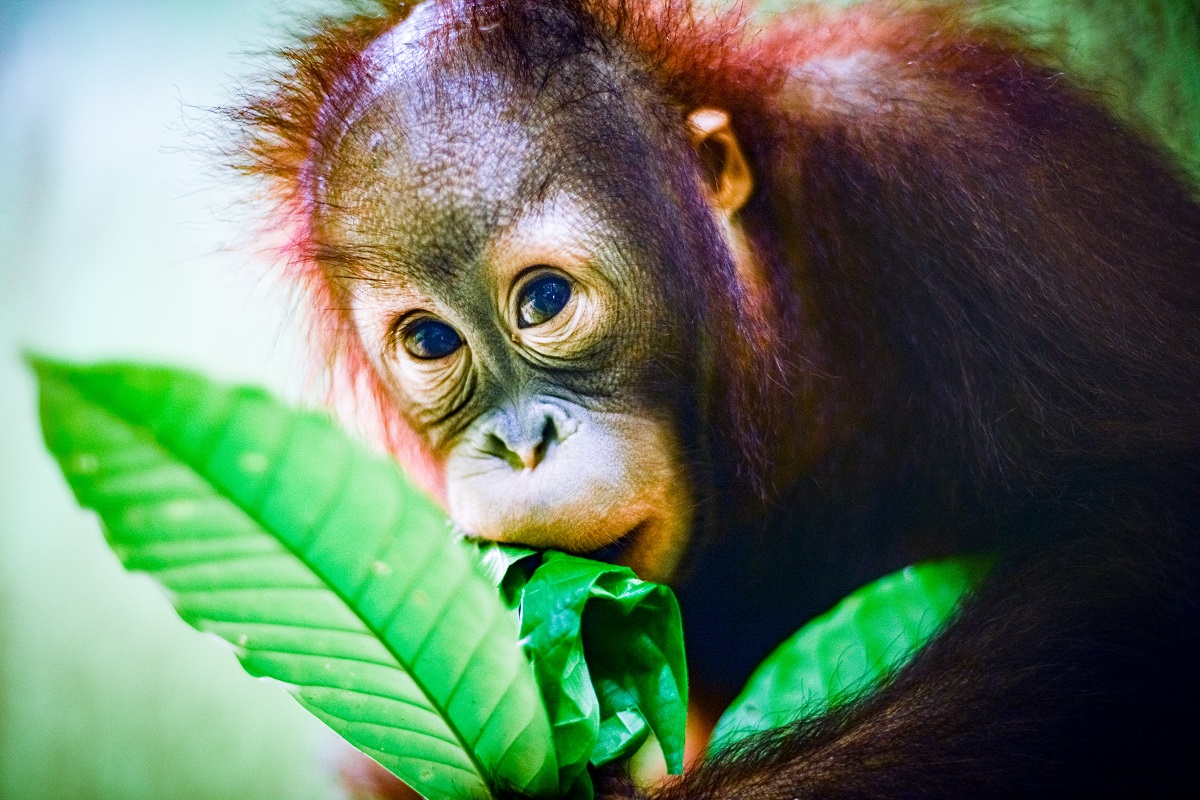