In long awaited news, the handsome Carlos was moved to Kaja pre-release island on 28 November 2018.

Recently Carlos was injured in an altercation with another male named Agro near the feeding platform on Kaja Island. These two males have come into contact before and have had some aggressive encounters over competition for food or from wanting to exert their dominance. Carlos is physically smaller than Agro and normally comes off second best.

In the most recent incident Carlos suffered a wound to his back and the veterinary team decided that he needed treatment at the veterinary clinic at Nyaru Menteng. Carlos spent three weeks at the clinic and recovered well. He has now been released back onto Kaja Island and he was released well away from Agro’s territory. The island is 108 hectares. Generally, orangutans stick to certain areas of the island rather than travelling all around it so it is hoped that these two males will now keep their distance from each other. BOS Foundation staff will be monitoring the situation and will intervene if needed.

Carlos is doing well on the island and is traveling and foraging for his own food. He also comes down to receive supplement food from the feeding platforms as he adapts to his new island life. 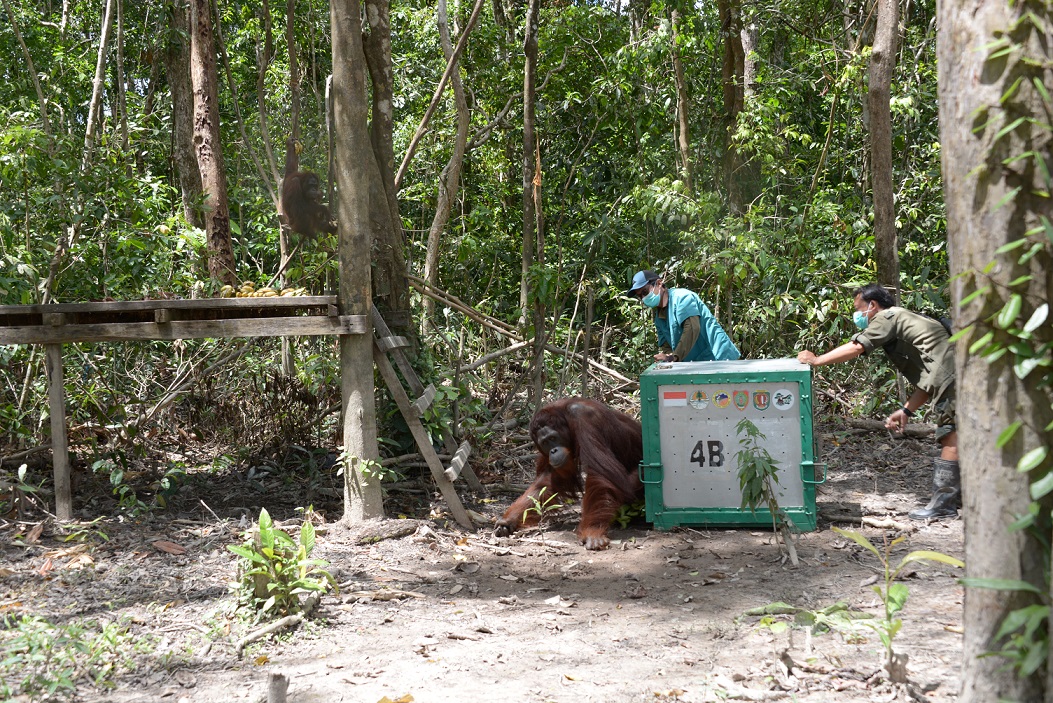