Little Citrawan has further developed her jungle skills over the last six months in the Bukit Tigapuluh forest. Fruit has been scarce in the forest which has discouraged the young orangutans from traveling and foraging as much during forest school time.

Instead they have been rather cheeky in coming to the ground to play. When this occurs the trainers either encourage the orangutans back into the canopy, take them to a new area or sometimes return them to the enclosure if it seems they are going to persist with staying on the ground which is not a desired behaviour.

During forest school time, Citrawan tended to travel by herself. Sometimes she would venture too far away from the other young orangutans and would then cry when she realised she wasn’t near them. However, she soon learned to travel back the way she came to find her friends. Citrawan still spent most of her time 10m above the ground in the canopy. She isn’t building her own nests during forest school however she uses leaves as bedding material inside her enclosure.

The recent flowering season has attracted bees and butterflies. Unfortunately, orangutans and techinicians were attacked by bees several times. However, Citrawan has learned well and showed a good response to swarms of bees as she climbed higher or swayed to another tree, quickly hiding in the forest canopy to avoid them.

Although forest fruits have been scarce in the forest lately, Citrawan still often foraged and ate liana, beluluk kayu and manggis hutan fruits. She also enjoyed eating durian, medang and meranti flowers. Citrawan has increased the number of forest foods she is eating in her diet with over 15 species of fruits/leaves and flowers.

Citrawan has been able to learn from older orangutans in the pre-release enclosures including how to eat certain forest fruits and rattan stem. She succeeded in finishing all enrichment given including leaf parcels, dipping tubes, fishing activities and puzzle feeders. These activities help to keep her mentally and physically stimulated when she is not at forest school. Being so little, Citrawan cannot open durian fruit by herself yet and requires help from adult orangutans or the technicians. Citrawan has also learned new social skills including food sharing and playing when she was housed in the same enclosure as a sub-adult male orangutan named Robert for a few weeks.

Overall, Citrawan has developed more independence and skills in the forest as well as social skills with other orangutans over the last six months. She is still very young so it is excellent that she has made such progress. 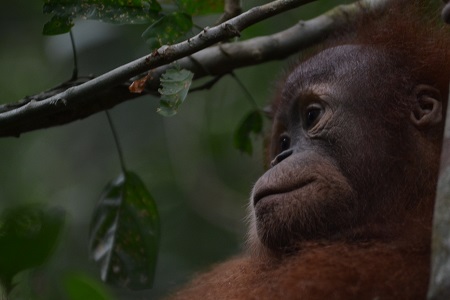 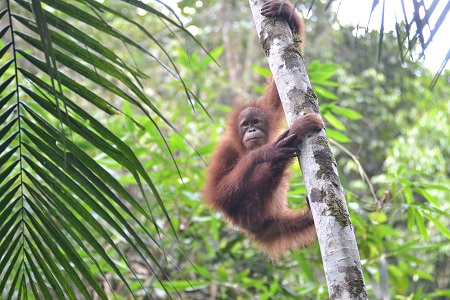 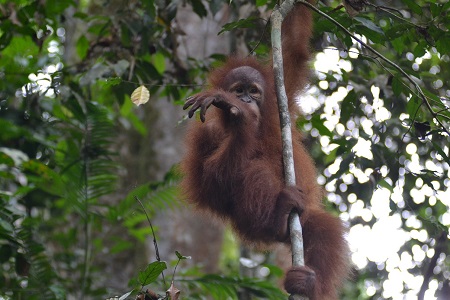 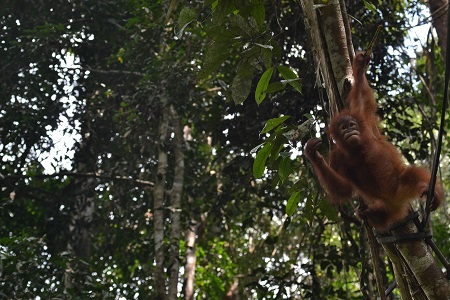 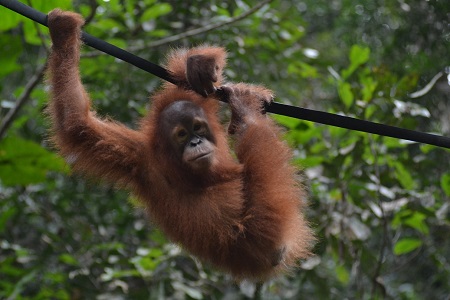 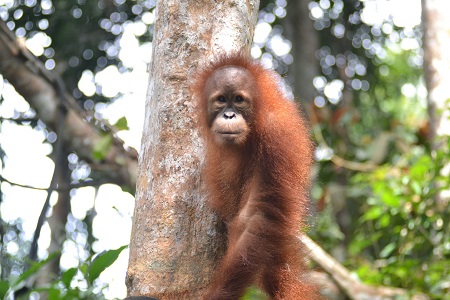