In exciting news, Bunga was released into the protected forest of Mount Tarak in West Kalimantan in October 2018. Bunga, which means ‘flower’ in English, was rescued from the illegal pet trade back in 2009 when she was less than a year old. Her ‘owner’ claimed to have found Bunga and kept her as a pet for three months before handing her over to the team at International Animal Rescue.

After nine years of rehabilitation and care at the IAR centre, the staff that worked closely with Bunga and the vet team deemed that Bunga was ready for release into the wild. Bunga had mastered the skills needed to live in the wild. She was excellent at foraging for a range of foods including fruits, leaves, flowers and termites and could make strong nests to sleep in.

The release team took Bunga on a long journey by car and foot until they eventually arrived at the release site, a protected forest full of plenty of fruiting trees. As soon as the transport crate was opened, Bunga shot out and quickly disappeared up a tree and into the luscious greenery above.

Bunga was fitted with a transmitter under the skin between her shoulder blades a few weeks before her release into the forest. The post-release monitoring team in the forest can then use radio telemetry equipment to locate her. The team follows Bunga from her nest in the morning for the whole day, recording her behaviour, height in the tree and location, as well as ensuring that she is feeding enough. As she was only just released, some of the keepers from the centre are out there with her, so she has some familiar faces to help her to adapt to her new environment. They are also assisting her with finding suitable forest foods to eat and will provide her with supplement food if needed while she adapts to her new forest home.

It is incredibly heart-warming to see Bunga back in the wild where she belongs. Thank you so much to Bunga’s adopters for making her journey back to the jungle a reality. 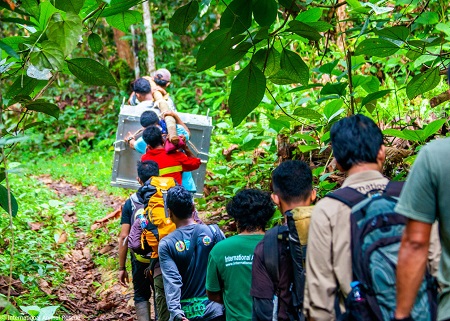 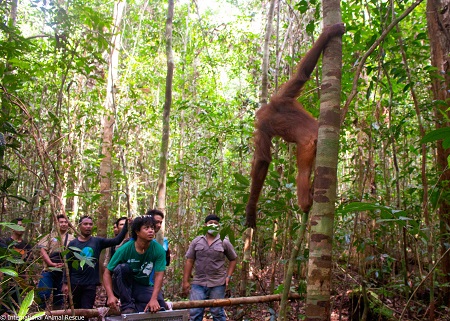 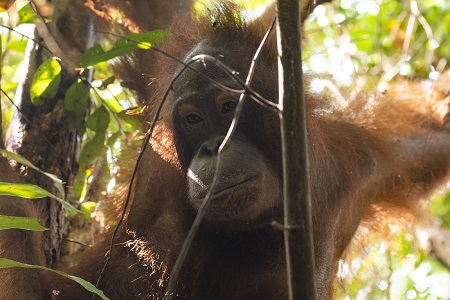 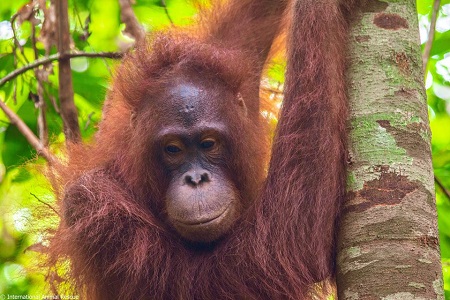 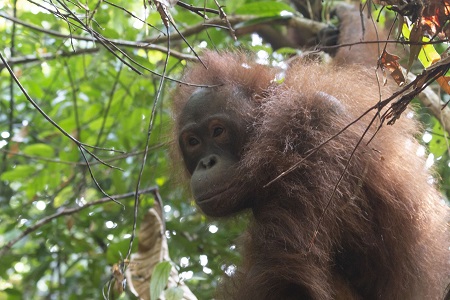 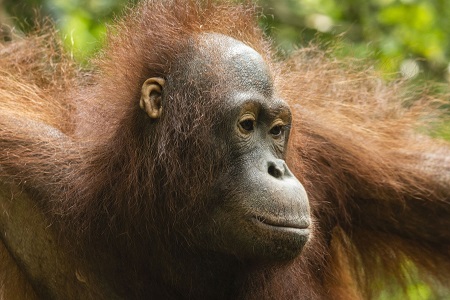