In exciting news, Kedaung was released into the Bukit Tigapuluh jungle in March 2018 after two years of forest school rehabilitation. He soon met up and foraged with previously released female orangutans Dora, Anjeli and Suro. A few days after his release, Kedaung travelled away from the area to avoid some other male orangutans. He spent most of his time 10m and above in the canopy and never came down to the ground. He avoided any contact with the keepers except to take his supplement food which is very positive.

Kedaung spent 20% of his time eating and 25% of his time travelling and searching for food. Kedaung ate more than 26 items in the forest. He loves to eat young leaves and preferred to eat unripe forest fruit rather than ripe fruits, especially liana and ludai fruits. Kedaung also received food from the technicians to help with his transition to jungle living.

Due to Kedaung’s small body size, there was not enough space between his shoulder blades for a tracking implant. Therefore, the technicians have to watch Kedaung extremely closely and follow him until he makes a nest every evening and be back before he starts traveling in the morning. Kedaung can move very fast through the canopy and can also hide very well so he is keeping the technicians very busy! Kedaung can build two to three nests per day. He loves to make nests in large trees and sleep high up in the canopy.

Kedaung has come such a long way since he joined forest school at Bukit Tigapuluh two years ago. He used to cry when he first started forest school and be too scared to climb very high. Over time he became a leader in forest school and he even spent four nights in the forest without being followed last year when he got chased by bees and the technicians lost track of him when he ran away. Kedaung loves to eat a wide variety of forest food and other orangutans in forest school have learned a lot from little Kedaung. He certainly doesn’t let his small stature impede him and due to his determination and skills, forest freedom is now his! 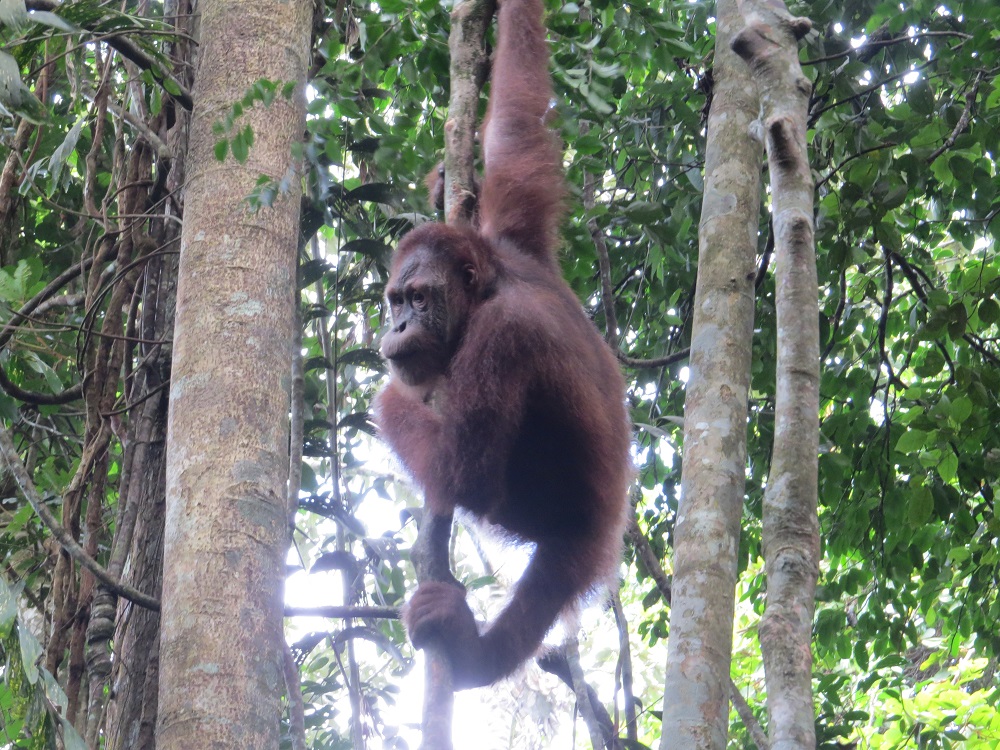 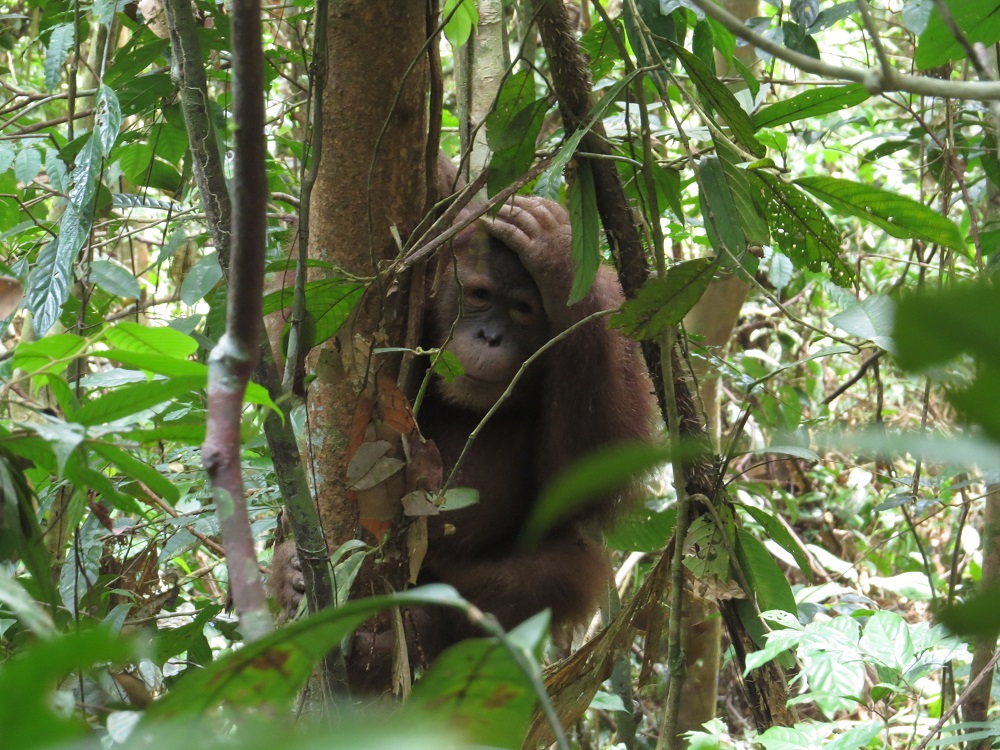 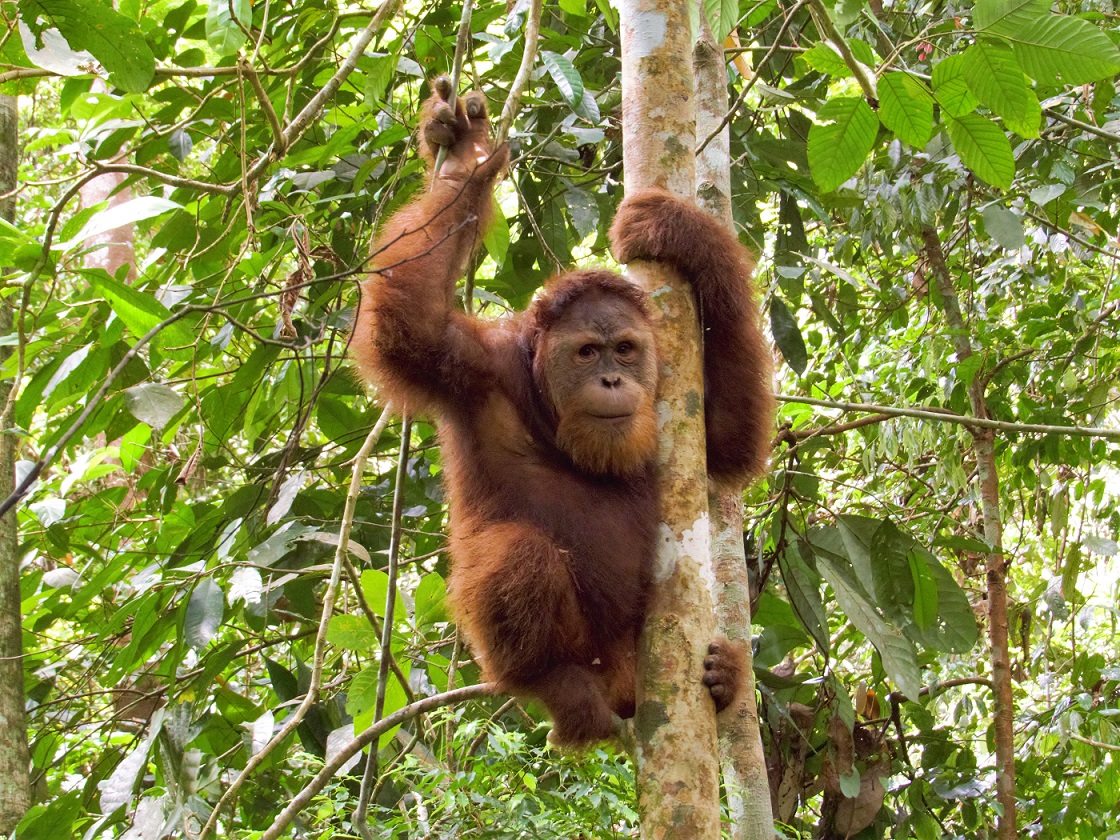 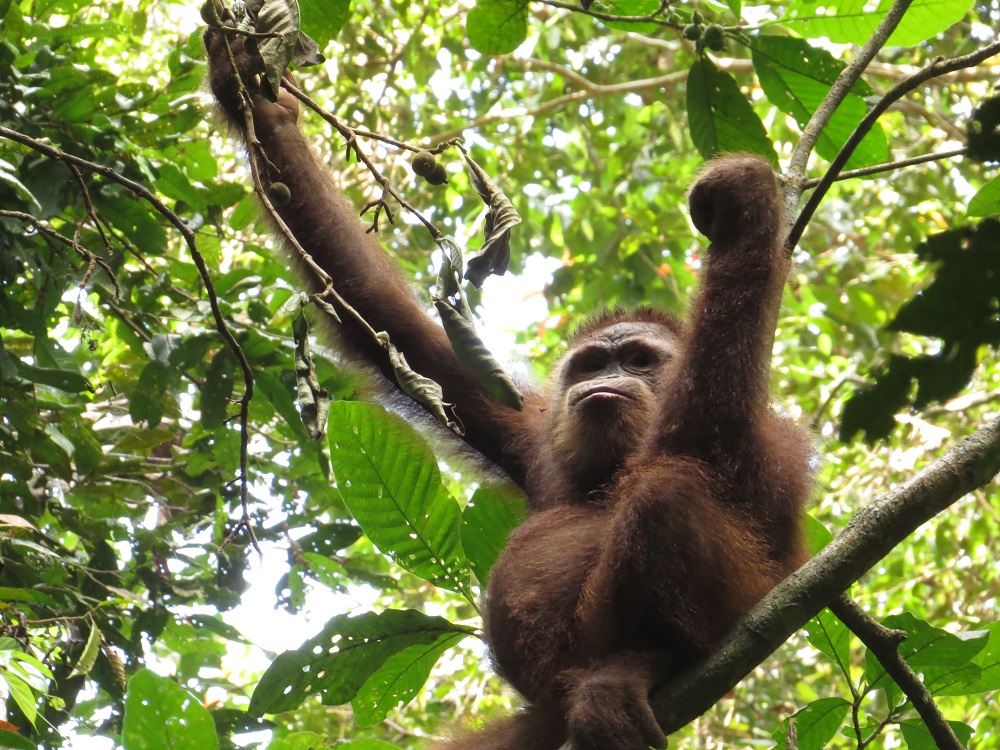 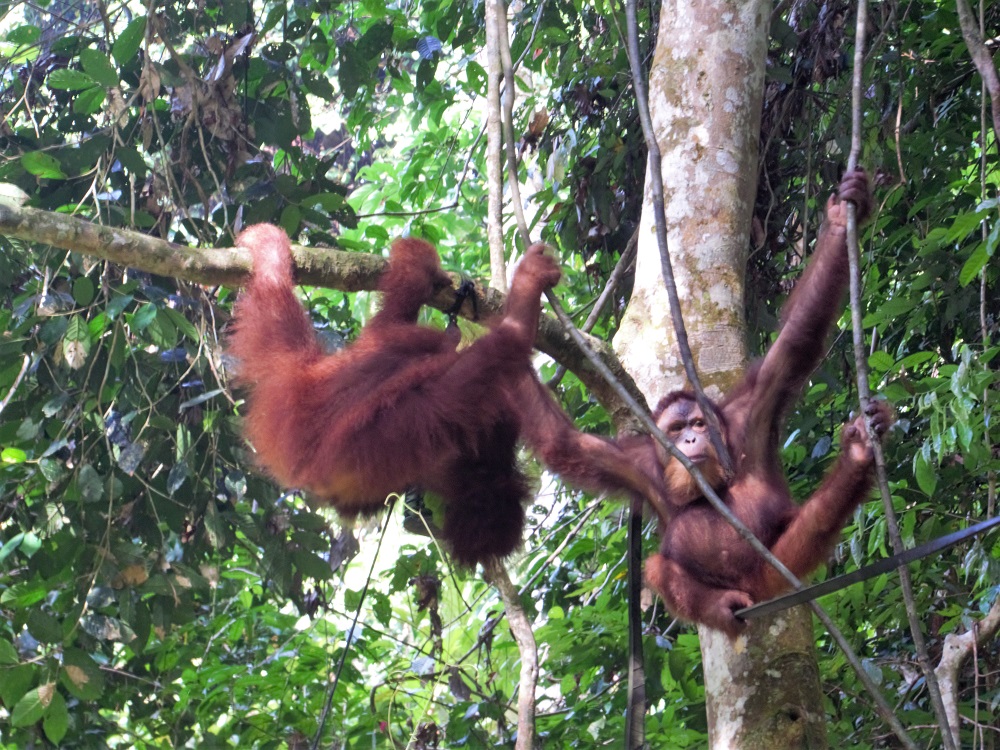 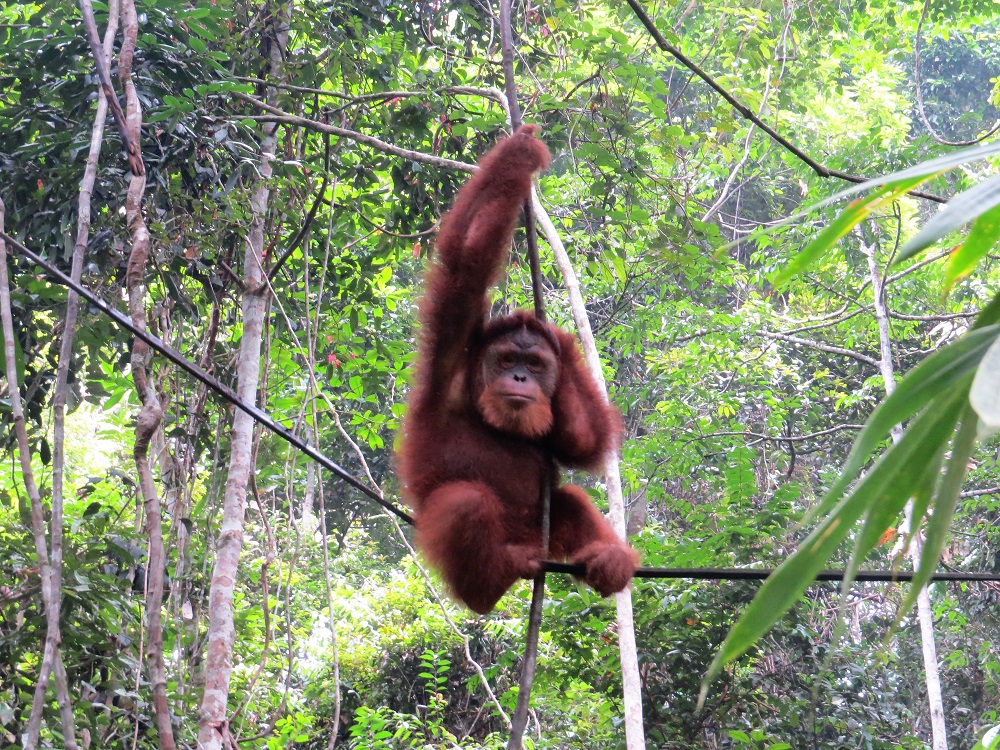