As mentioned in the previous update, Sam and Cupcake had to be transferred to Jambi since Sam needed intensive treatment after becoming unwell in the forest. Thankfully Cupcake remained in good health. Sam and Cupcake are still in an enclosure in Jambi and in good news, Sam has regained full health.

Sam is a picky eater, even when she was in the forest. She throws away food given to her that she doesn’t like and greedily eats the ones she does. She is particularly fond of sweet and ripe fruits like banana, melon and papaya.  Being a nursing mother, Sam’s appetite is large and she becomes excited at feeding time. Her daily diet consists of 0.3 kg carbohydrates, 1.7kg fruit, 0.5 kg vegetables and 0.5kg fibre. In addition, Sam has been given extra milk and vitamins.

To continue Sam’s forest adaptation, she has been introduced to several forest fruits such as limataun, sangkuang, dukuh and rattan stem which she responded to very positively. Gradually, Sam has become less picky. Cupcake is still suckling however he now eats a lot more food. His favourites are tubers, bananas and sweet fruits. During meal time, Sam and Cupcake often squabble over food they both like. When Cupcake steals fruit from Sam, she will immediately grab him to take it back!

A lot of Sam and Cupcake’s food is presented in feeding devices to extend their foraging time and keep them busy. Being so young, Cupcake isn’t very good at these yet so he is still hand fed items to ensure he receives enough food…. but this has to be done when Sam isn’t looking or she will steal the food for herself. Cupcake has become more at ease with the keepers during his stay in Jambi. Sam and Cupcake are often seen playing together- Sam will sometimes hang from the enclosure roof mesh with her feet and twirl and swing Cupcake.

Cupcake is now also attempting to make nests with the daily foliage that is given to them. However he doesn’t have much luck building a nest since Sam will usually take the leaves off him. Cupcake does try to take the nesting material back but Sam will make her own nest which they then share, just as a wild mother and baby orangutan would.

It is hoped that Sam and Cupcake will be transferred back to the Bukit Tigapuluh release site soon to be released later in the year during the fruiting season. We look forward to sharing this exciting news with you. 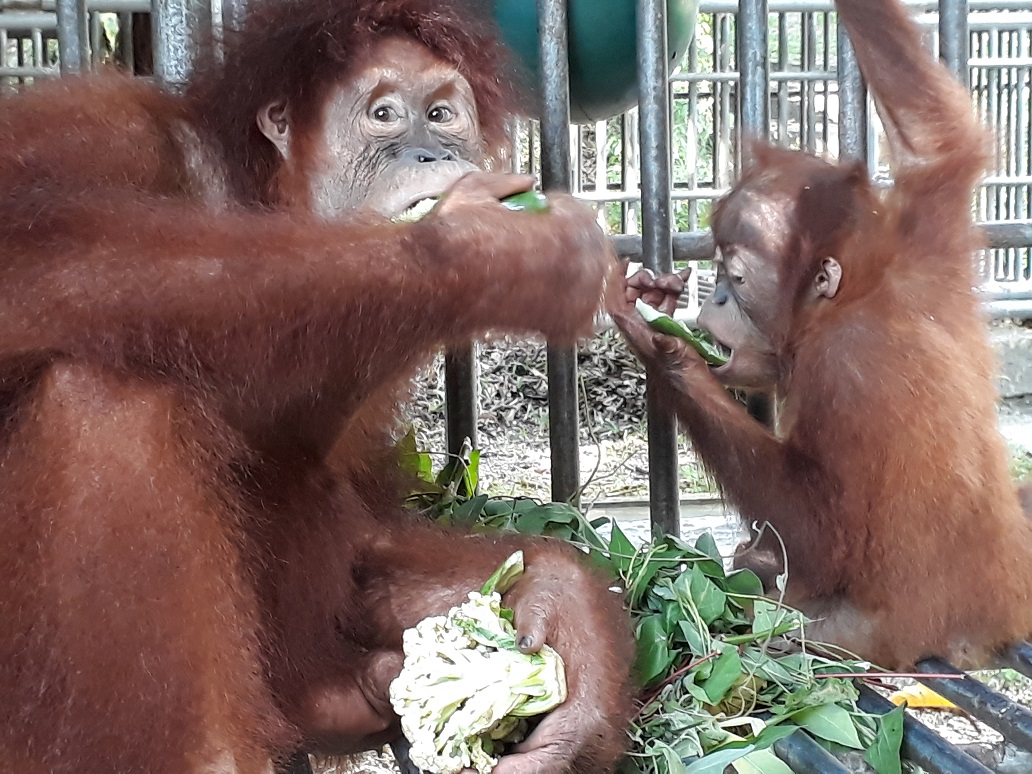 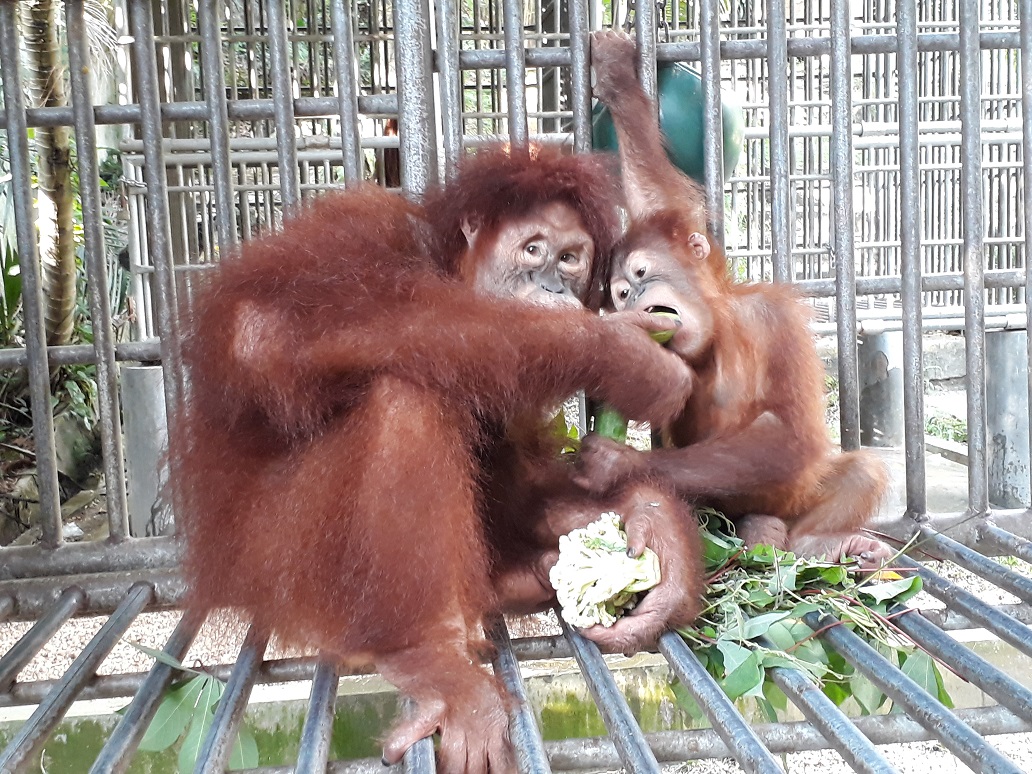