As explained in her last update, Seroja had to undergo surgery to have a large growing cyst removed by veterinary staff from SOCP, OVAID and OIC.

The cyst was attached to her uterus and left ovary, weighed 2.6kg and contained 1.9L of fluid.

Thankfully, the beautiful Seroja has now recovered from her surgery and has returned to the large socialisation cage. She was definitely keen to mingle with her orangutan friends after being in intensive care for so long at the vet clinic.

Since the surgery, Seroja’s keepers have reported that she is now more active, eating a greater volume and variety of foods and is more playful and wanting to interact with the smaller orangutans in her group.

We are so relieved and thrilled to hear that Seroja is once again healthy and it is expected that she will soon be considered once again for release into the forest!

Note: The photo with two orangutans in it is Seroja playing with her friend Siboy. 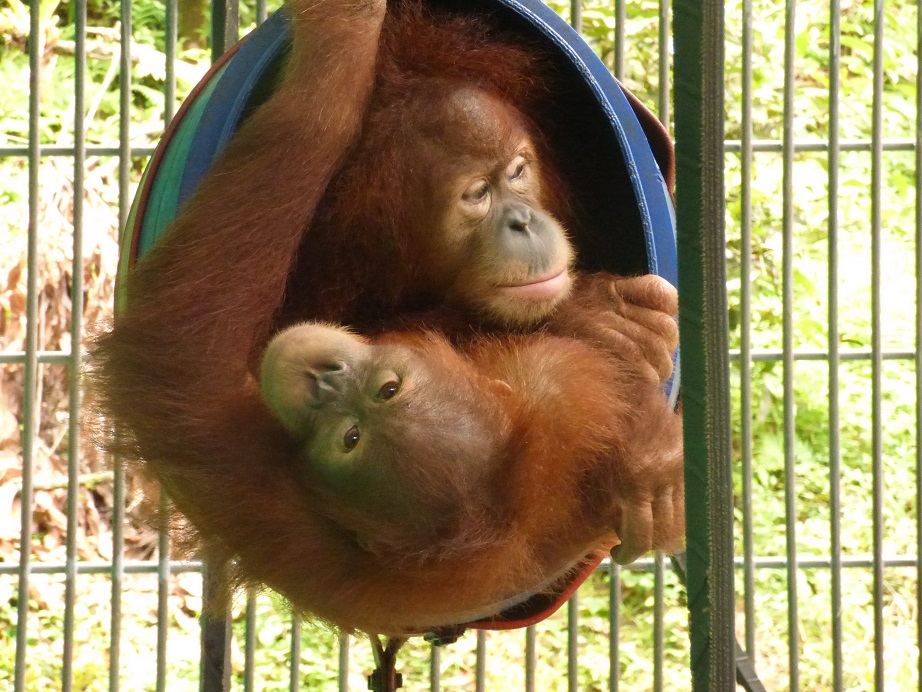 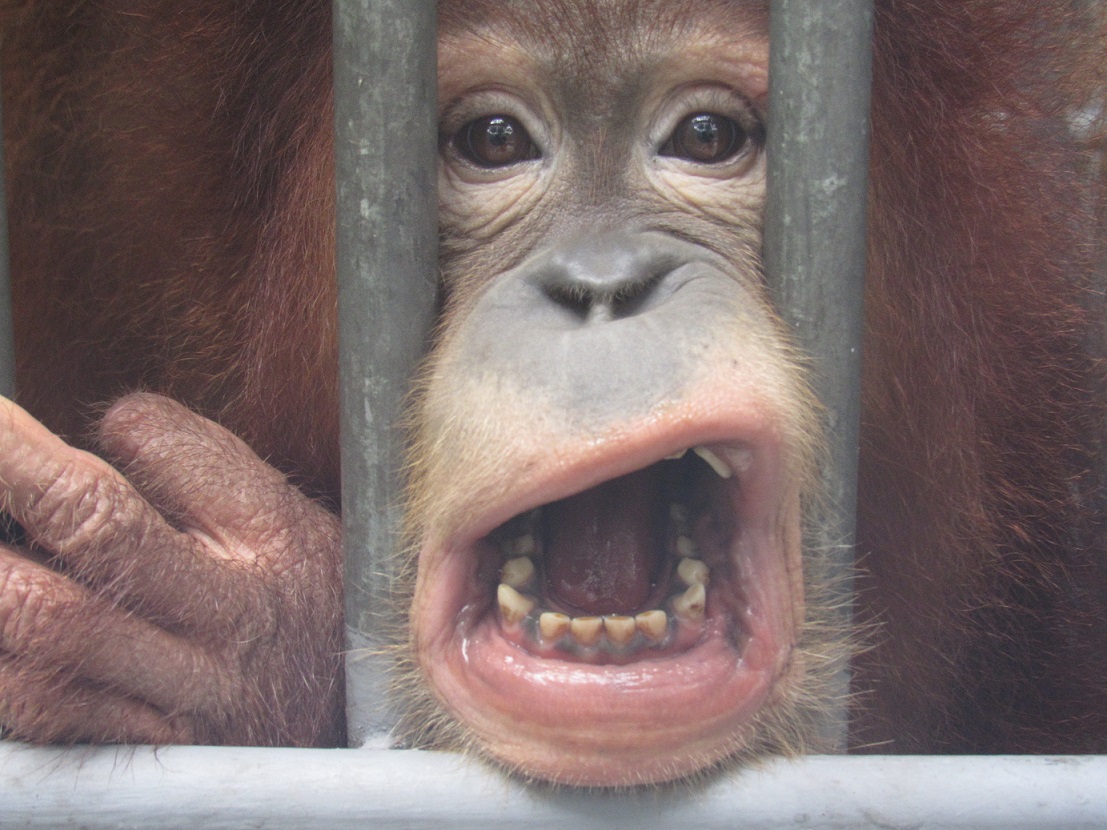 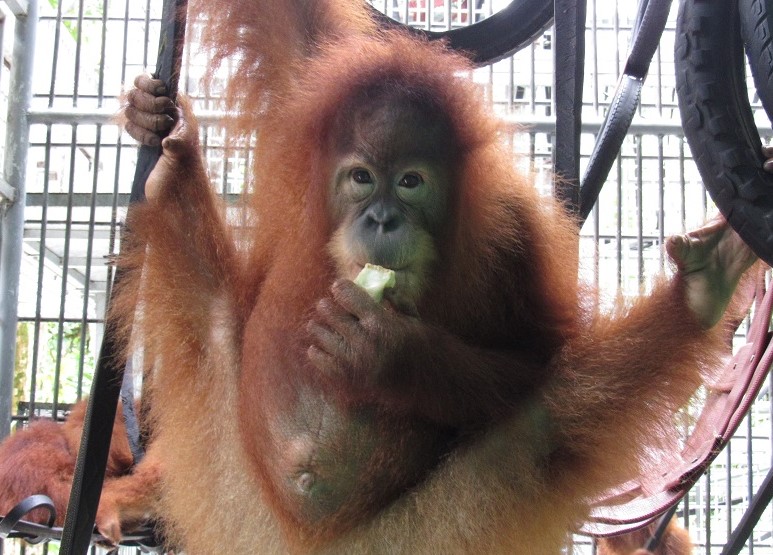