Will You Adopt Delightful Dora?

The reason the Thirty Hills ecosystem is so vital, is that many orangutans are released here after attending forest school, where they learn vital life skills for surviving in the wild. One of the orphans available for adoption at the Thirty Hills orangutan release centre is Dora.

Dora is a special orangutan who is now 8 years old. Dora was confiscated from a Buddhist monastery in North Sumatra in 2011 when she was just three and was taken to the SOCP Batu Mbelin Orangutan Quarantine Centre. An energetic little girl, Dora settled in well, showing interest in the other orangutans and technicians, who she quickly became accustomed to due to her previous contact with humans at the monastery.

With a healthy appetite Dora began to quickly began to put on weight and her hair became darker. She was transferred to the orangutan reintroduction centre in Bukit Tigapuluh (BTP) in April 2013 and has since been undergoing training to enable her to be released back into the wild.

Orangutans like Dora need our help to continue forest school training, ensuring that when the time is right, she'll thrive in her new jungle home. Will you adopt Dora today and help support her release?

Dora is a star student at her regular forest school training sessions, where she searches for forest food, is learning to build sleeping nests and interact with other orangutans. If she continues to develop her wild survival skills, it is hoped she can be released in the future into the BTP ecosystem, which is why it is so important for us to protect this habitat.

It's not just Dora who stands to benefit from our work securing additional leases on land surrounding the BTP reserve. The jungle is also home to around 150 Sumatran elephants and 30 Sumatran tigers, two other species that have a “critically endangered” status. Our work is vital if we are to protect these species from extinction in the wild.

Recently, with our partners, WWF-Indonesia and Frankfurt Zoological Society, we obtained a lease on and are managing 38,000 hectares of rainforest bordering BTP. This will significantly expand the protected area to 182,000 hectares, benefiting wildlife, local communities and indigenous people. Better yet, we're currently working on additional leases to protect even more forest!

For every $10.11 we raise, you will help protect one hectare of essential orangutan habitat for over 5 years. Please, will you help protect a hectare today by making a small tax-deductible donation now?

For more information about Dora and the other orangutans you can adopt, click here. 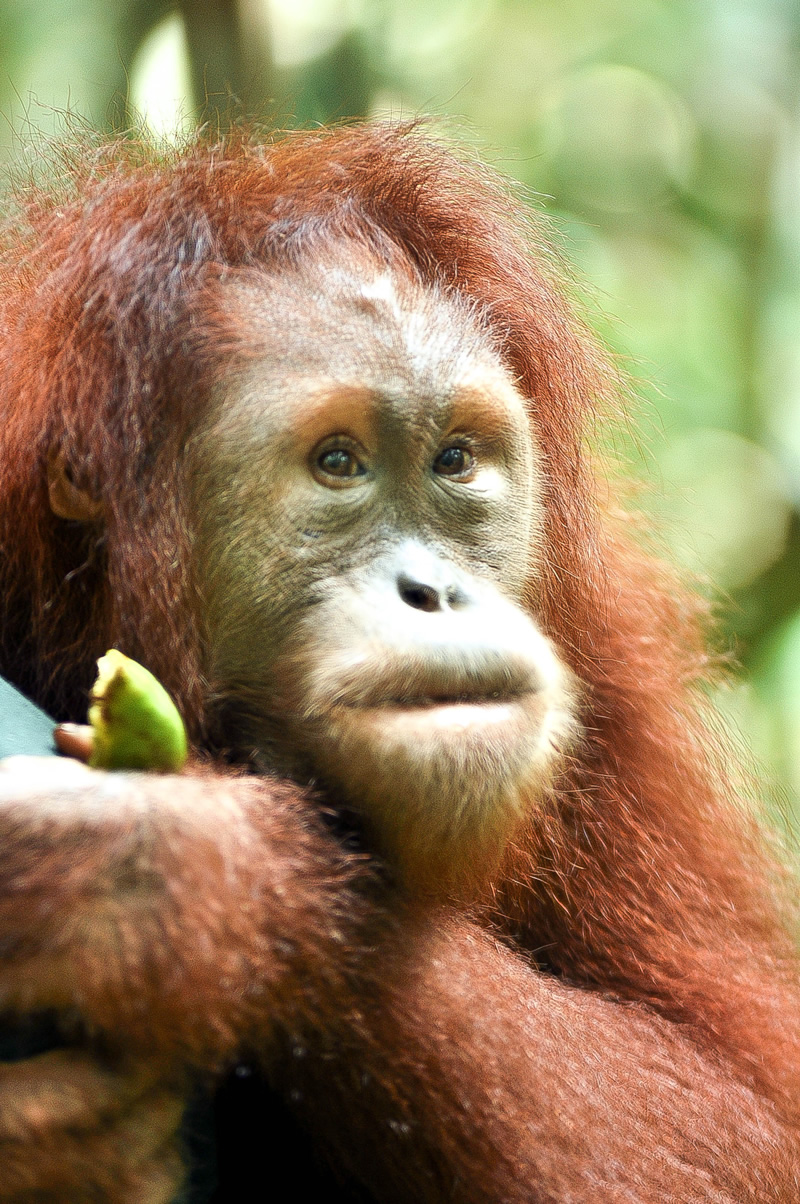