Ugo is now nine years old and weighs 27 kg. He is very healthy and still develops his muscle strength by climbing around in the cage and playing with other orangutans. He will still sometimes try to attract attention from the keepers by spitting however if the keeper gives him enough attention, he can be a really lovely boy.

In general, Ugo knows how to manipulate various behavioural enrichment items to obtain food rewards. This includes using dip tubes where a stick is needed to dip into a bamboo tube to retrieve food treats. Ugo will then save his dipping stick to play with in his water.

Ugo absolutely loves water! When the keepers are washing the cage, Ugo loves to play in the water and splash around. He tries to catch the water in his hands. It is quite unusual for orangutans to love being so wet! Ugo’s love of the water even shone through when he was taken out to the forest since he would try to find the river as quickly as possible. Ugo would enter the water straight away and his trackers had to very vigilant to ensure he stayed safe in shallow water and then they would encourage him back into the canopy.

During his learning time in the forest, Ugo has seemed confused at times and is not confident enough to stay in the forest. He would often go to the ground and then walk awkwardly to look for the river. When Ugo was in the canopy he would stay in the same place for an extended time and not travel to other trees. It is still hoped that Ugo will be released soon so he will be out of the cage. However it is understood that Ugo will need extensive support in his release including being followed on a daily basis and given supplementary food if he cannot find enough forest food. Staff are quite confident that Ugo will eventually be able to live in the jungle, even if it takes some time and more patience. 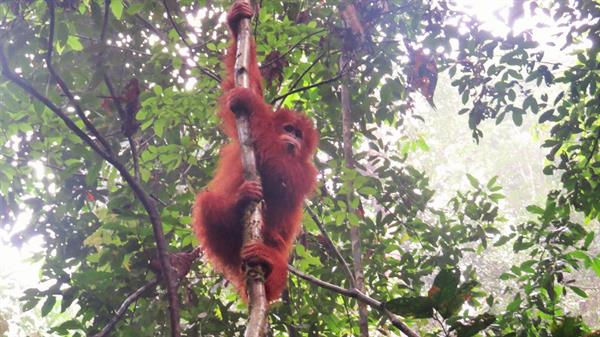 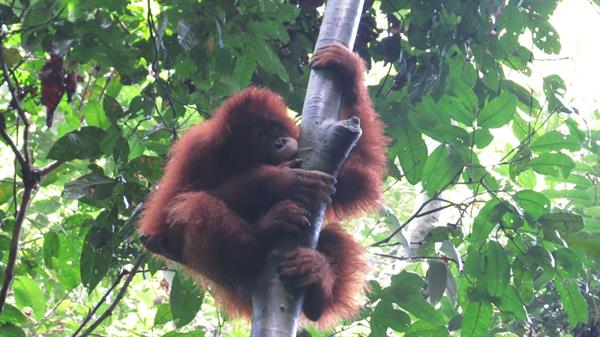 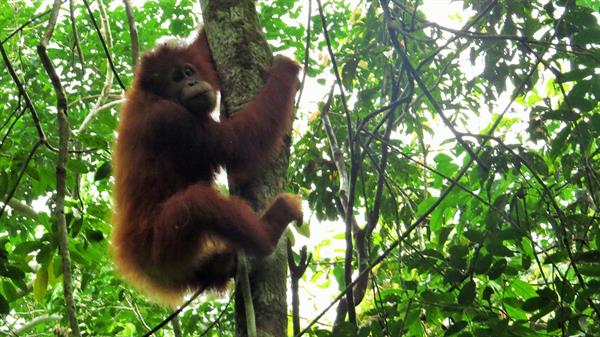