Seroja is still one of the sweetest orangutans at quarantine, and has developed a lot over the past few months. As a subordinate orangutan, she has an excellent temperament, and loves playing with her friends, while avoiding the conflicts that often arise in the group of nine orangutans. Her best friend is still Septian. They spend their days following one another around the cage and playing on suspended blue barrels and tyre swings. They always eat at the same time and sleep near one another, high up in the cage. This is a vast improvement for Seroja, who would previously sleep on the floor of the cage. Seroja and Septian both benefit greatly from the close relationship they share since they are constantly leaning from each other. This bodes well for the possibility of the two orangutans being released together in the future.

Seroja is a popular orangutan. She also enjoys spending time with a new female orangutan named Aruna. These relationships are having a clear impact on her independence, and Seroja is interacting less with her keepers, an excellent sign for an orangutan to be released in the future. Furthermore, Seroja has become much less fussy when it comes to eating, a concern highlighted in her previous update. She will now eat everything that Septian or Aruna do rather than picking and choosing from the selection of fruits and vegetables provided by the keepers.

Each week, Seroja’s group of nine orangutans is moved around the cages at the socialisation block. This allows the young orangutans to prepare for larger spaces, develop muscle condition, and provides all-important stimulation. Seroja loves this time of the week, moving through the various cage areas, and playing with all the other orangutans, who are all equally excited for the move!

Of all the orangutans, Seroja becomes one of the most excited when it comes to enrichment. She absolutely loves playing with hessian sacks- she will crawl inside, throw herself around, and even use them to make a nest. Seroja’s favourite activity is still puzzle boxes. Her keepers have been trying a whole new range of enrichment activities including milk boxes or coconuts stuffed with fruit and plastic balls designed to challenge orangutans and keep them stimulated. All of these challenging activities seem to be having a beneficial effect on Seroja’s motor skills, intelligence and overall stimulation. 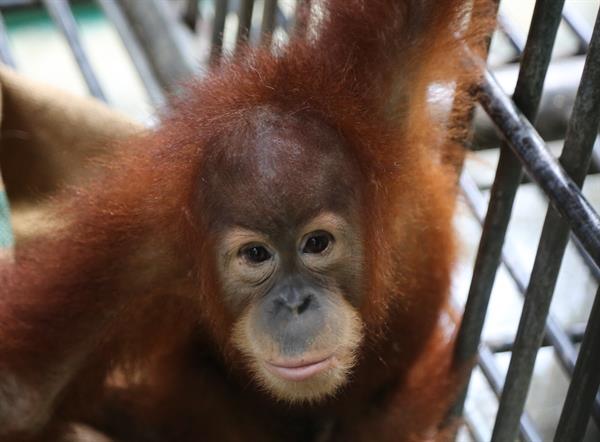 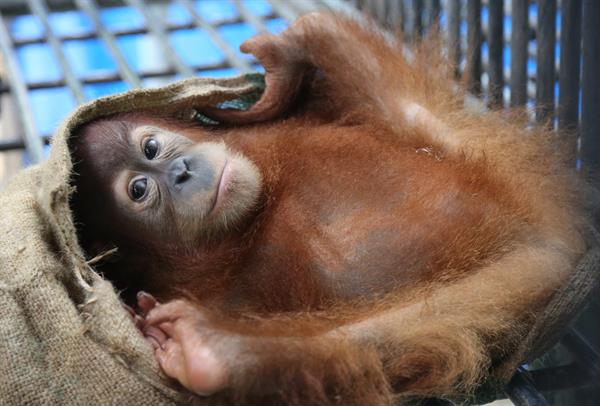