Dora has been adjusting to life without her best friend Jeky Chan. Jeky Chan was released permanently in August with Andalas at the Sungai Pengian release site in Jambi. Both Jeky Chan and Andalas had developed the skills necessary for release.

It has definitely taken Dora some time to adjust to life without her constant companion Jeky Chan. When he technicians went to take Dora to jungle school the day after Jeky had moved away, Dora refused to leave the cage. It is very unusual for little Dora to be reluctant to go to the jungle. She used to become very excited when she saw the technicians coming with keys- a sign that the cage will be opened and the forest awaits! However, she refused to allow the technician to take her to jungle school and she held tightly onto the cage bars. When the technician encouraged Dora to move and to release her grip, she held the cage bars even more tightly. The technician didn’t want to upset Dora further so he let Dora stay in the cage all day.

The staff understood that Dora was very likely missing her companion Jeky Chan. To help Dora with this transition, they introduced her to a young female named Suna and hoped that they would become friends. It has worked out very well since on the third day, Dora was willing to go to jungle school with Suna.

As usual, Dora immediately climbed 10-15m high into the canopy to forage. Suna is not yet brave enough to climb so high and stayed about 2-5m above the ground in the canopy. Although Suna didn’t always follow Dora, she was observed eating the same foods as Dora. If she saw Dora eating, she would go close to Dora and eat the same food that Dora had been feeding on. Dora found an unripe cempuni fruit and shared it with Suna. This fruit is relatively difficult to open when it is unripe because it is covered with soft spikes. They even tried to open the unripe fruit together. Going to jungle school with Dora has allowed Suna to learn and improve her foraging and climbing skills. So now it seems that Dora has become the teacher after learning so much from her role model Jeky Chan. 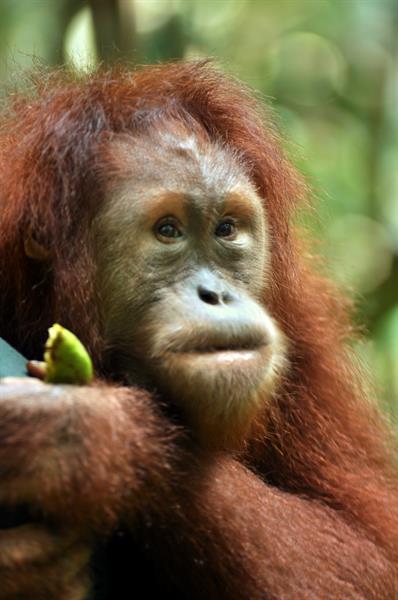 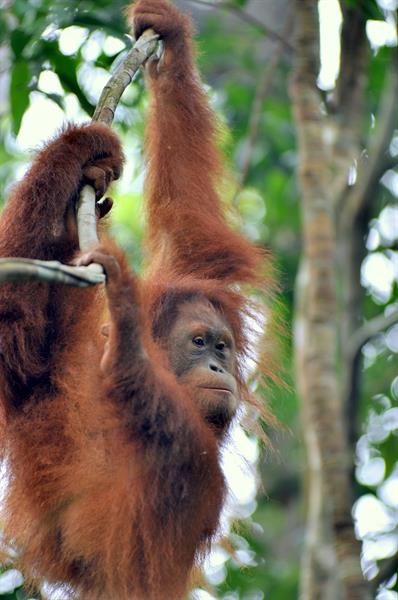 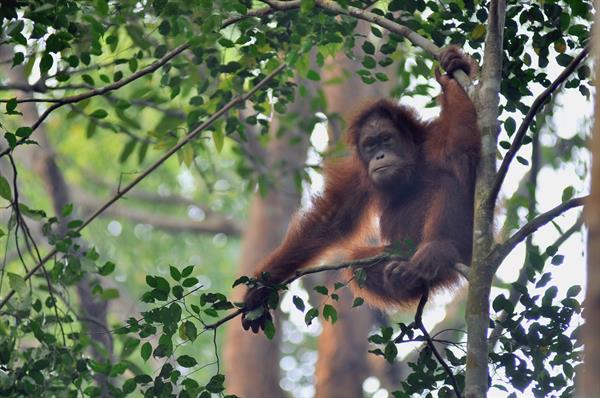 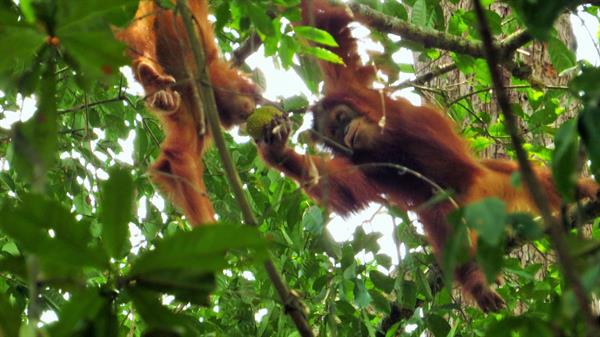