Ugo Blanco continues to grow and is now eight years old. He is now very strong and likes to put his strength to the test with other orangutans he is housed with as well as his keepers. Ugo is becoming a bit rambunctious and can steal food, spit and throw dirt at his keepers.

Ugo is housed next to two larger males in the neighbouring cages named Wingayo and Rencong and they play together through the cage bars. Here, Ugo also likes to test who is stronger and challenges the other two males. Although Wingayo is a lot bigger and stronger, he is not interested in being challenged by Ugo. Rencong however, happily accepts the challenge and has shown Ugo multiple times that he is the boss by showing his teeth and making dominant noises.

He likes to spend time up in his nest and is not an early riser, often staying cuddled up with his nesting material until breakfast is served. Ugo enjoys all the food given to him and he also interacts with and eats the various enrichment. Enrichment items given include food hidden in leaf parcels and fire hose, forest fruits, fishing for treats and also the various puzzle feeders attached to the cage. Ugo also likes to play with water. He is going well with his nest building which is an essential skill needed for living in the wild.

Ugo has reached the age where he would leave his mother in the wild and would be pushing the boundaries and testing his strength- all things that he is now starting to do. Hopefully, Ugo will be able to undertake this natural behavior for an adolescent orangutan in the jungle soon. 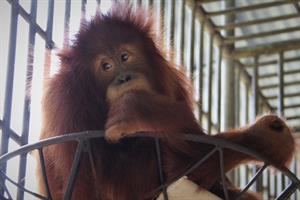 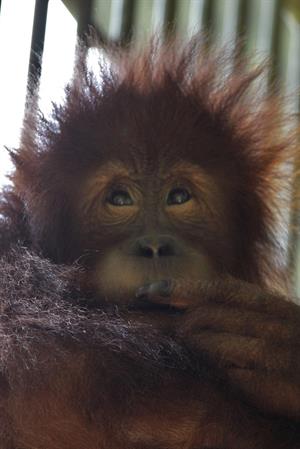 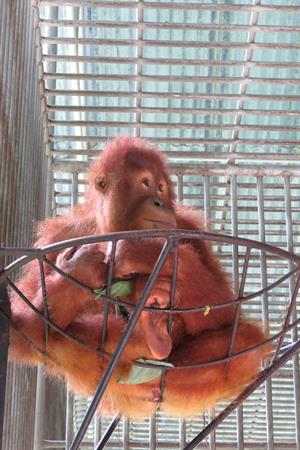 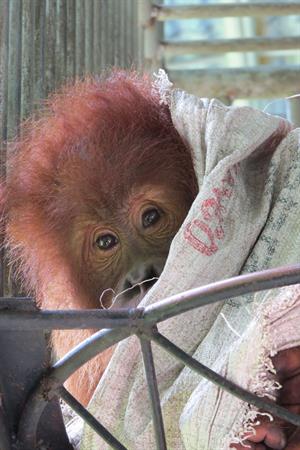