Seroja now weighs approximately 10kg and is in very good health. Seroja is a very slow eater but is not fussy and eats a wide range of fruits and vegetables. She has developed eating more foods by watching and learning from the other orangutans in her cage. Her favourite fruit is durian however she is not very good at opening them yet.

Seroja used to be quite shy but she has developed her socialization skills greatly. She is now interacting a lot more with other orangutans in the socialisation cage, especially Chocolate. Seroja is not very good at making nests yet however it is hoped she will soon learn this skill by watching other orangutans build them. She often sleeps in the same nest that Chocolate builds. 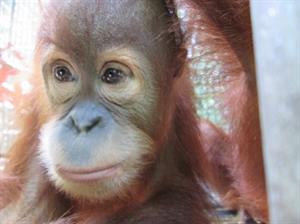 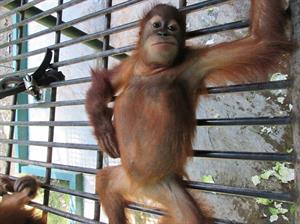 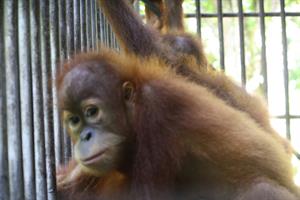