Ugo Blanco now weighs approximately 22kg. He has begun to get some of his adult teeth. Ugo has a very good appetite but he can be a bit lazy and usually avoids fruits which require a bit of effort to eat such as jackfruit and coconuts. However he is more than happy to steal these items off other orangutans once they have opened them.

Ugo is a very healthy and active orangutan. He loves to swing and jump into his hammock from the cage ceiling. He has fallen a couple of times but this doesn’t stop the adventurous Ugo! Ugo is the dominant orangutan in his social group. He likes to tease other orangutans and often plays chasing games with them. He also still demands attention from the technicians and he will spit at them if he feels ignored.

Ugo is almost ready for release into the jungle so stay tuned! 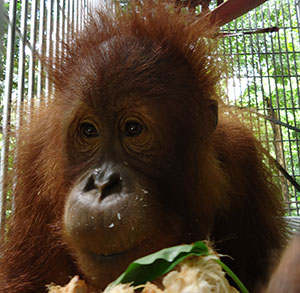 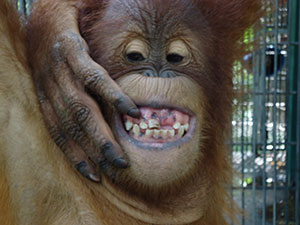 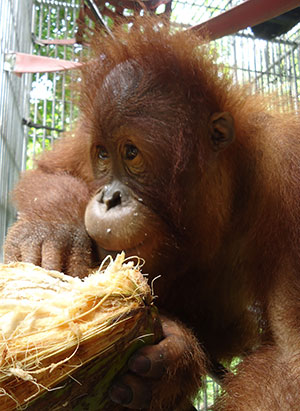