The Orangutan Information Centre (OIC) is dedicated to the conservation of the Critically Endangered Sumatran orangutan (Pongo abelii) and their forest habitat. Founded in 2001, their focus is working on the front line to save the lives of Sumatran orangutans from life- threatening situations and sustain their survival by working with local communities living alongside orangutan habitat. Reforestation is a large focus of OIC’s work.

OIC has been pioneering a forest restoration program on degraded land in the Leuser ecosystem since 2008 where over 1,500 hectares of High Conservation Value forest, forming part of the globally significant Leuser Ecosystem, was illegally cleared for plantation development. OIC has reclaimed illegal plantations and chopped down more than 15,000 oil palm trees, 5000 rubber trees and many other illegal crops. More than 800 hectares of forest has been replanted inside the Gunung Leuser National Park with over 1.6 million seedlings made up of 97 indigenous tree species.

The natural process of species succession in a regenerating forest, as a response to disturbance or degradation, is an ecological mechanism that has evolved over millions of years where specific species play a unique role in regenerating the ecological conditions for a healthy and resilient forest system. Despite the massive scale of destruction in such a short space of time, it is a testament to nature that when the right conditions are recreated, that the ecosystem can flourish once again.

This project has created a significant shift in the mindset of the local community in understanding the need to sustain and protect the forests from illegal encroachment. In addition, local people participate in useful training and capacity-building exercises in support of the restoration work, including tree nursery development, improved planting methodology, planting maintenance, and the financial benefit of receiving a stipend for program-related assistance. As well as helping restore degraded tracts of forest, the local communities have observed the regional restoration of ecosystem services, namely a restoration of the local water table and resilience to drought, previously lost to forest clearing and monoculture agricultural development. 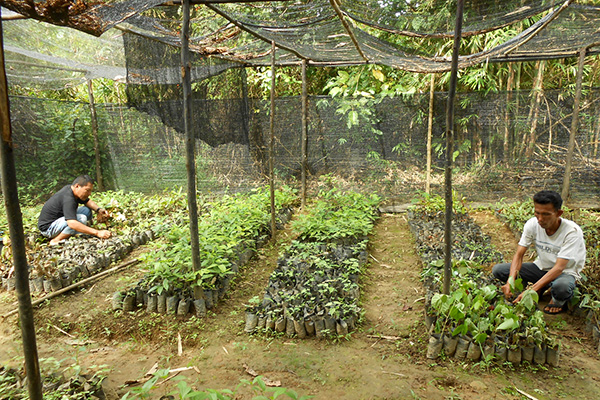 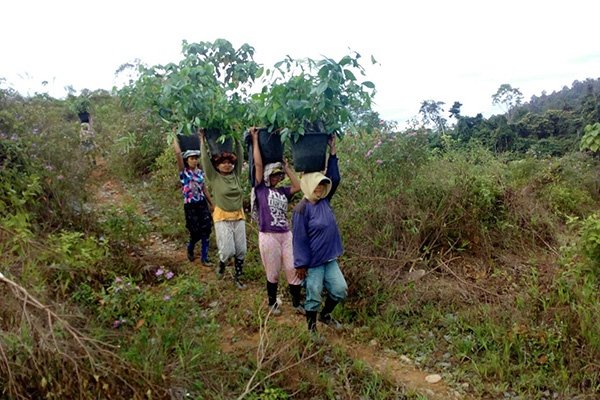 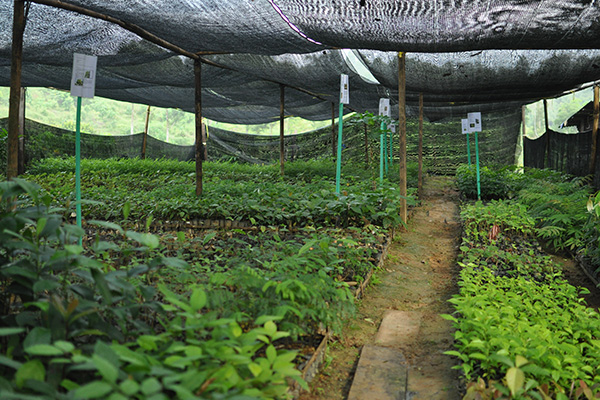 The Orangutan Information Centre created the Human-Orangutan Conflict Response Unit (HOCRU) in 2010 in order to address increasing human-orangutan conflict in the agricultural landscape in the provinces of North Sumatra and Aceh. The HOCRU responds directly to threats facing orangutans including habitat loss, poaching, conflicts and the illegal pet trade. The team is made up of two professional Indonesian veterinarians and six dedicated field staff.

When commencing a rescue operation, the HOCRU receives information from a community/village, a partner organisation or from a government agency such as The Nature Conservation Agency (BKSDA). The most common situations are a wild orangutan at risk due to habitat fragmentation or a report of an infant orangutan being held illegally as a pet. The team then travels to the area to verify the situation. A formal recommendation is needed from BKSDA before action can be taken.

If the situation involves an at-risk wild orangutan, the team will usually sedate and relocate the orangutan to a safer area if it is good health. If the wild orangutan needs medical attention due to injury, illness or starvation then it will be evacuated to the Sumatran Orangutan Conservation Programme (SOCP) Orangutan Quarantine Centre in North Sumatra for treatment.

If the rescue involves the confiscation of an illegally held orangutan as a pet, then it is immediately taken to the SOCP Orangutan Quarantine Centre for medical attention and to commence rehabilitation. 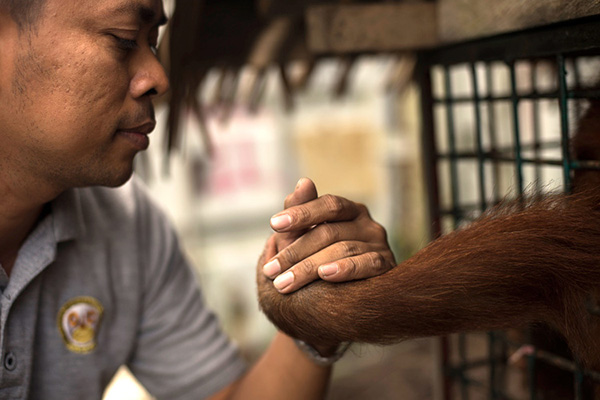 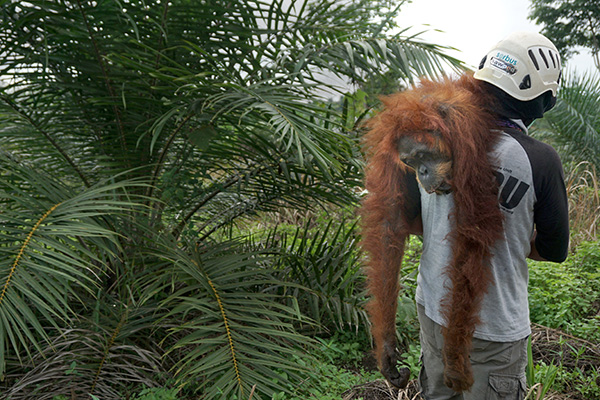 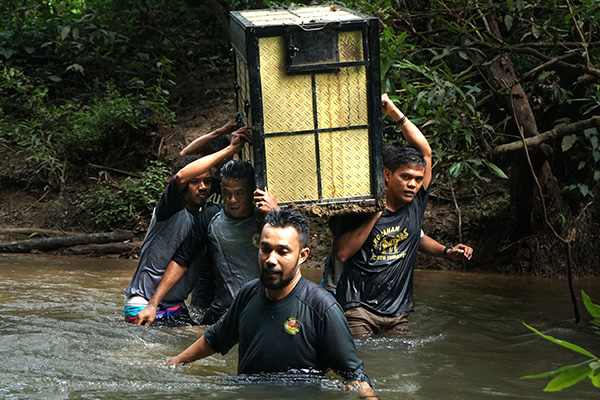