Asto and Asih are doing well at our Sumatran Rescue Alliance centre in North Sumatra. Asto is very active at Jungle School as she constantly climbs and explores in the canopy. She has shown more courage over the last six months to try new things, especially at Jungle School. However, her brave nature has seen her fall sometimes when she chooses the wrong branches to hold when climbing and playing. 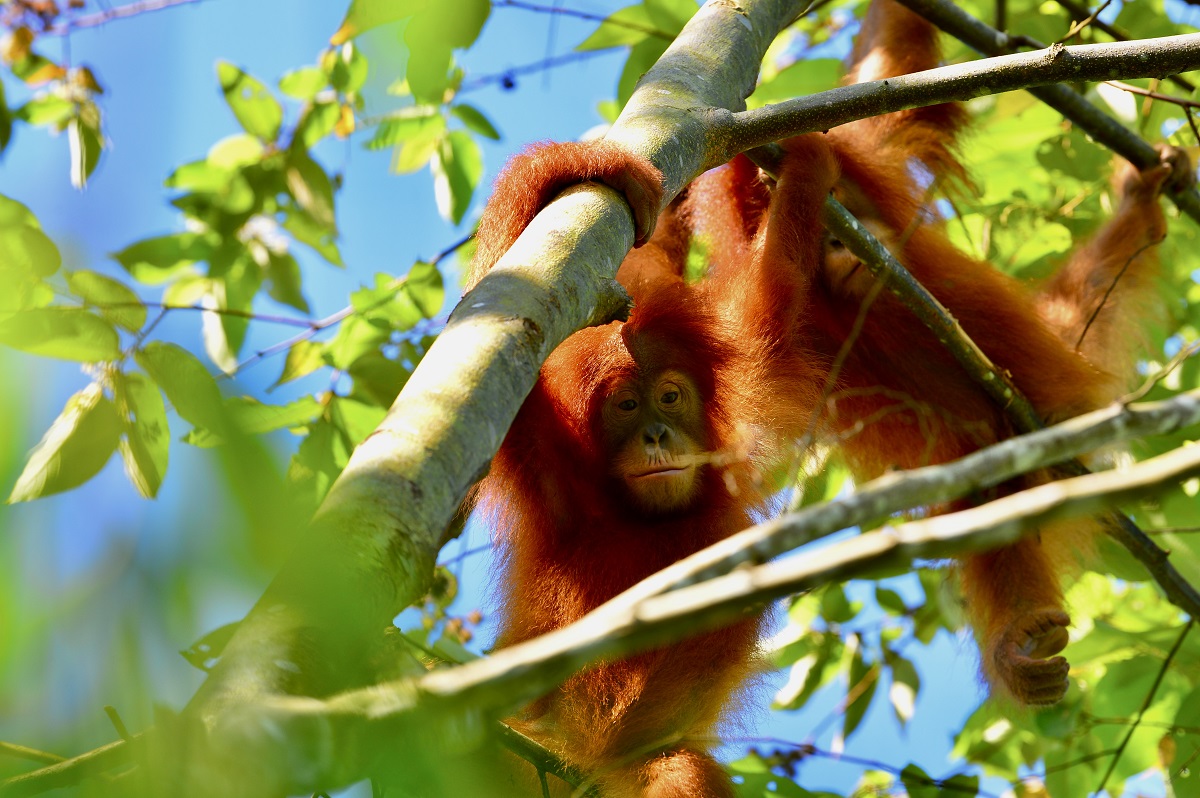 Asto loves to spend time in the large ficus trees. If there is suddenly no sound or movement, it means Asto is eating! In addition to forest fruits such as figs, Asto also eats leaf shoots, tree bark and flowers.

Asto is beginning to make basic sleeping nests in her enclosure when she is given leafy branches in the late afternoon. She will take the leaves up into the hammock for extra comfort.  Asto continues to gain weight and is now 10.5kg. She enjoys most foods, and her current favourite is bananas. She’s not particularly fond of oranges and watermelon and leaves these until last. She also loves the different types of enrichment given, especially wooden blocks with honey smeared in drilled holes and food hidden in bamboo tubes. She can become frustrated if she can’t get the food out quickly enough from the bamboo and has tried to break it open with her teeth. Thankfully, Asto is more amicable with taking her liquid vitamins.

Asto really does make the orangutan keepers and vets smile and laugh and they often share stories about her antics during their lunch break. She will often try and run away when it is time to return home from Jungle School as she doesn’t want to go back in the enclosure. However, if the keepers then pay attention to little Asih in the enclosure then Asto will become jealous and come in. Asto is also clever and cheeky and has been seen trying to open the enclosure padlock so she can head to Jungle School on her own!

Little Asih behaves a lot like a spoilt younger sibling since she is younger than Asto. Asih always wants to know what Asto is doing and feels comforted and protected when close to Asto. She can be afraid of new things and strange noises however a young orangutan like Asih would normally have her mother for reassurance, so these behaviours are normal, and it is lovely that she has Asto for companionship.

Asih also loves bananas and eats the entire banana if it has a thin skin. She now weighs 8.5kg and takes her vitamins well. She is rarely sick. Asih enjoys the different enrichment given and was very curious when termite nests were given. She opened the nest and ate the termites and eggs. This cute video shows Asih playing with leaves in her enclosure.

Brave Asih has made some great progress at Jungle School. She used to be quite hesitant to go out into the forest however she is now more courageous and has begun moving in the canopy more and transferring from tree to tree. Asih is also trying out forest foods to eat including leaves, fruit, flowers and insects.

The dedicated staff at the centre have constructed a playground for Asto and Asih to play in for more exercise and they enjoy using the ropes and poles to improve their climbing skills. It is wonderful to see Asto and Asih grow in confidence and learn so many new things over the last six months. Well done girls! 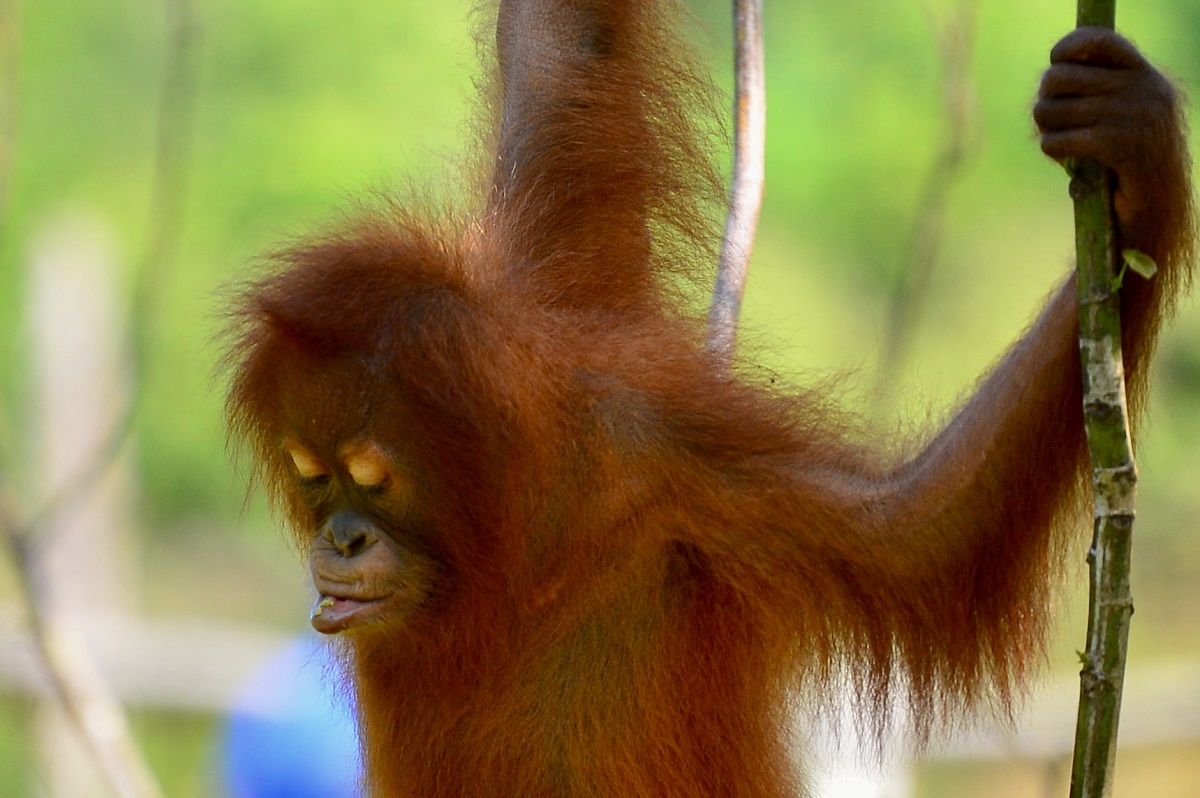 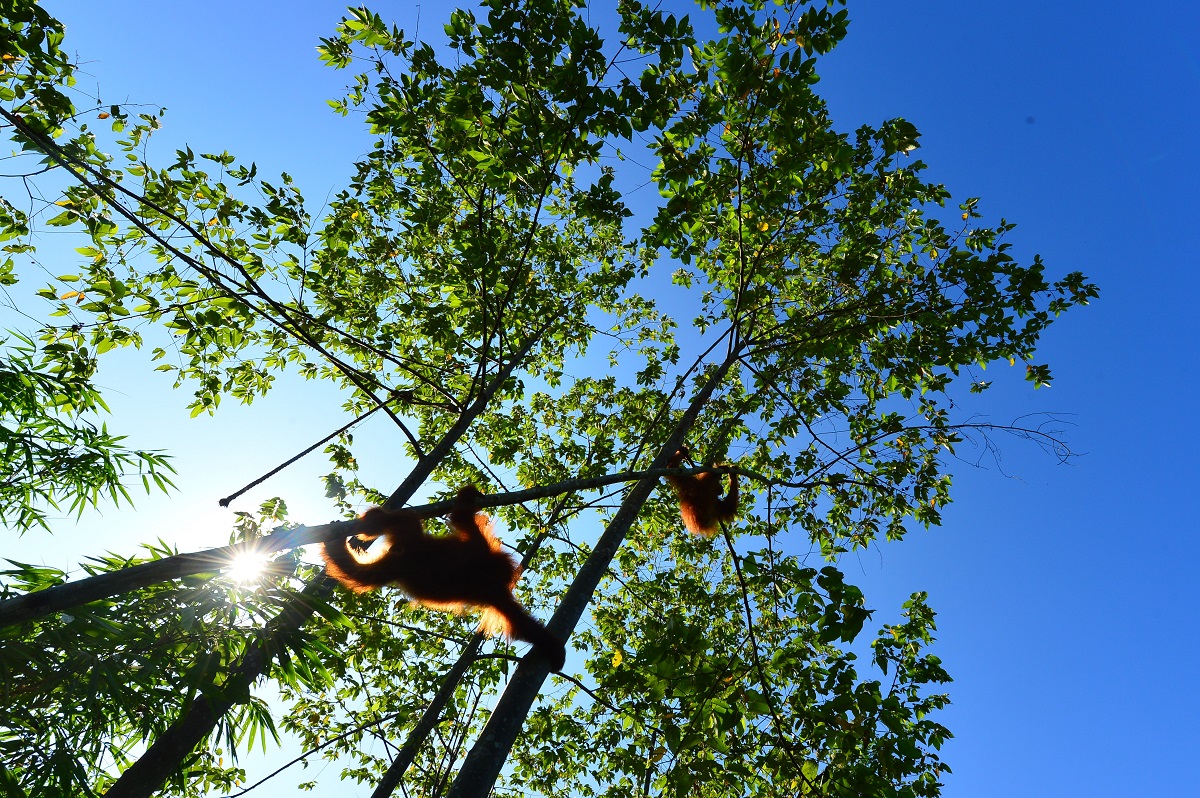 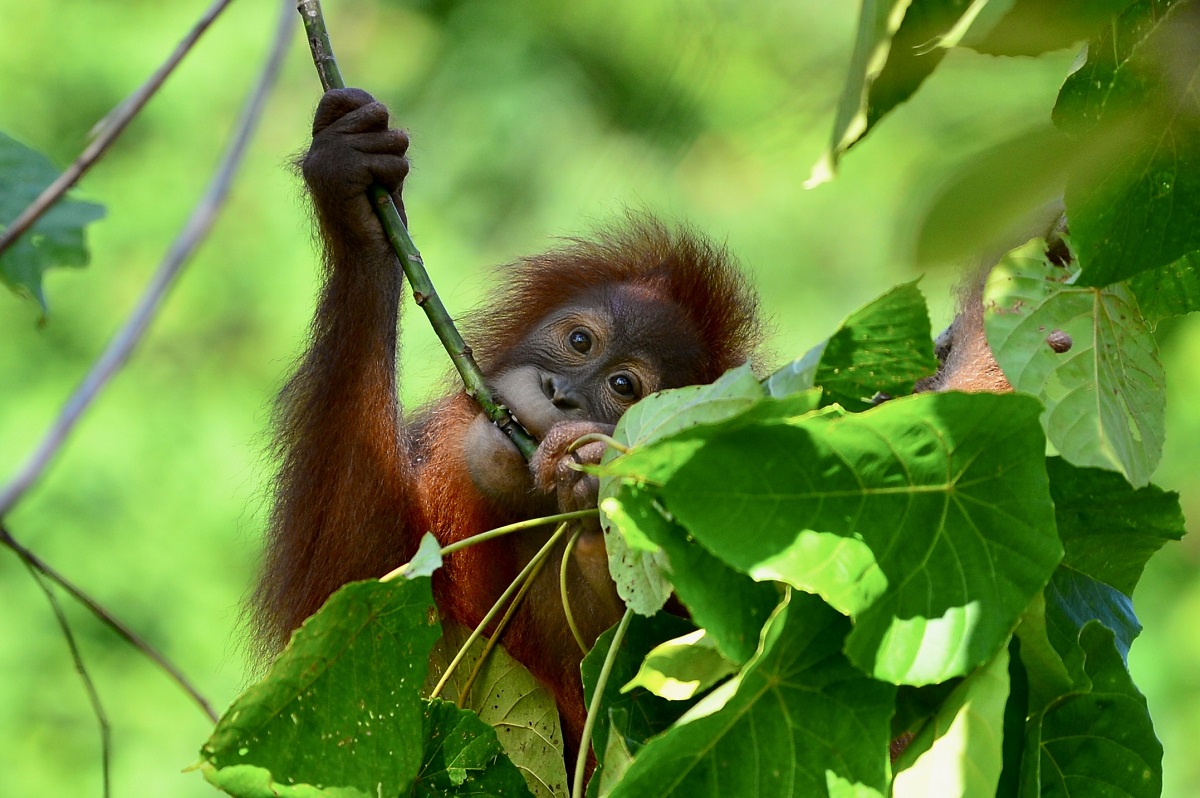 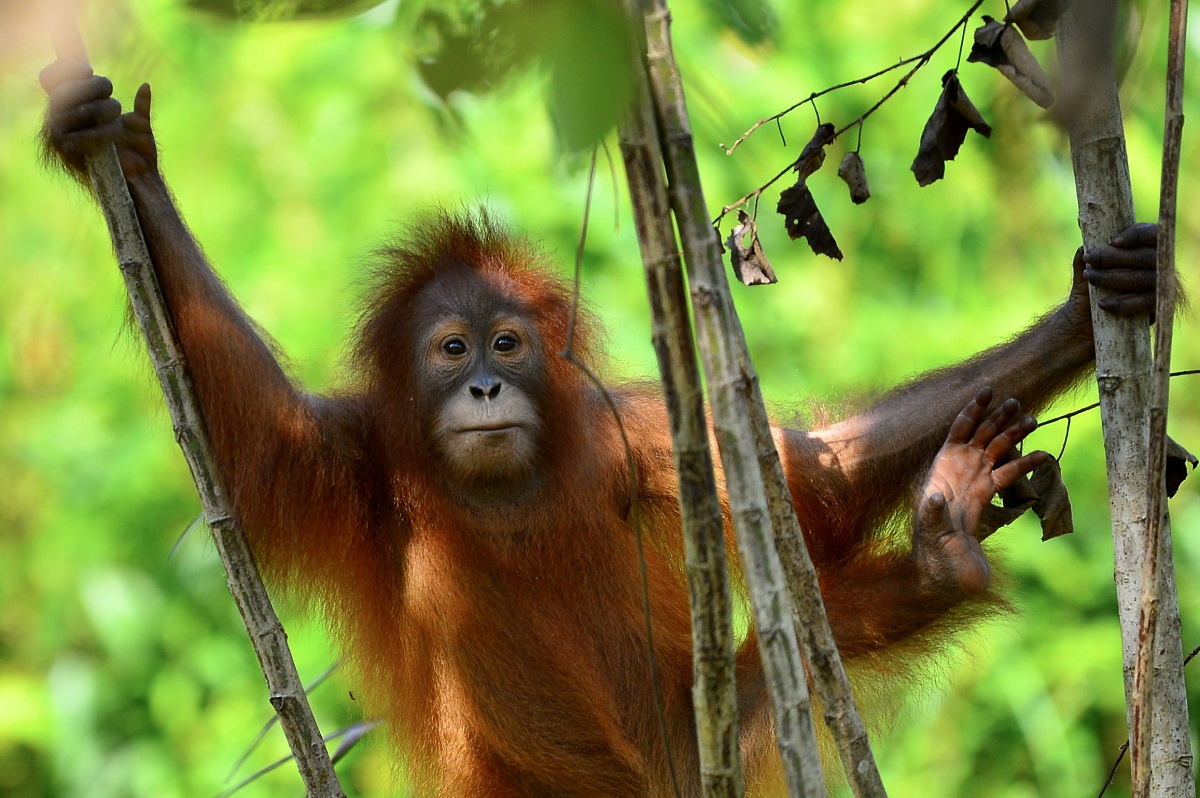 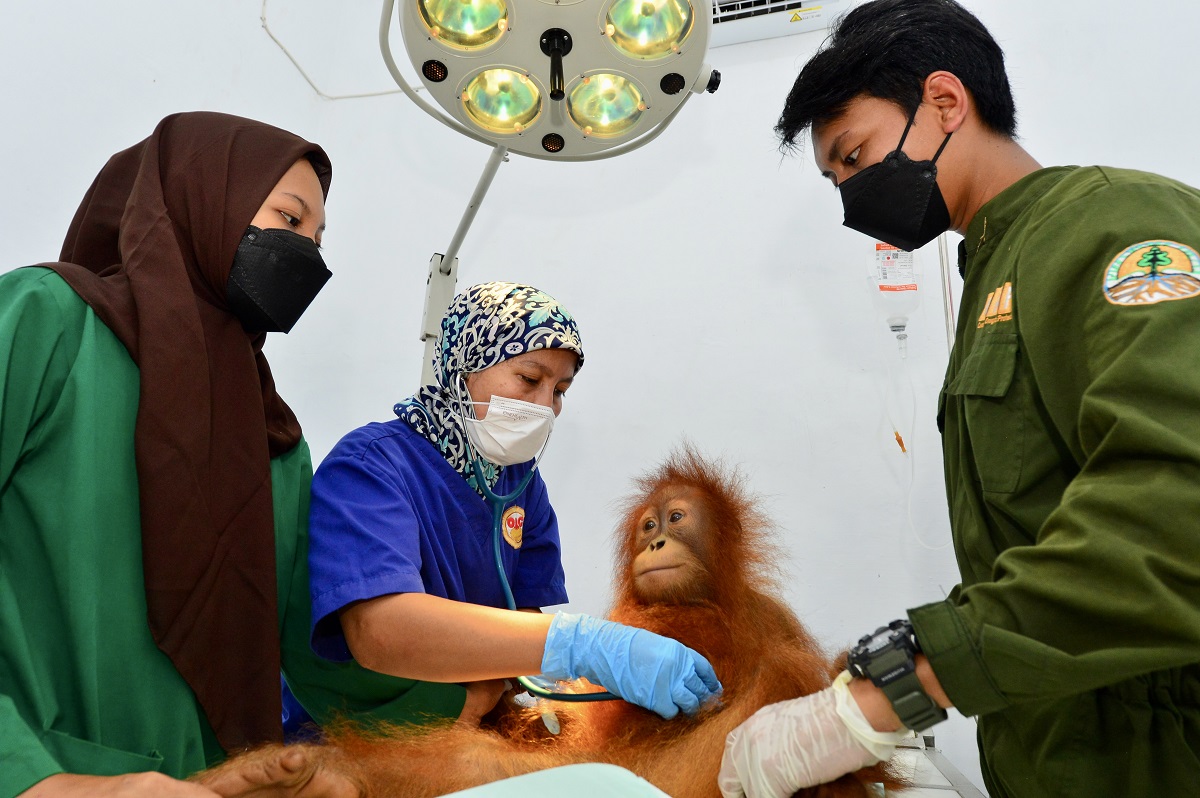 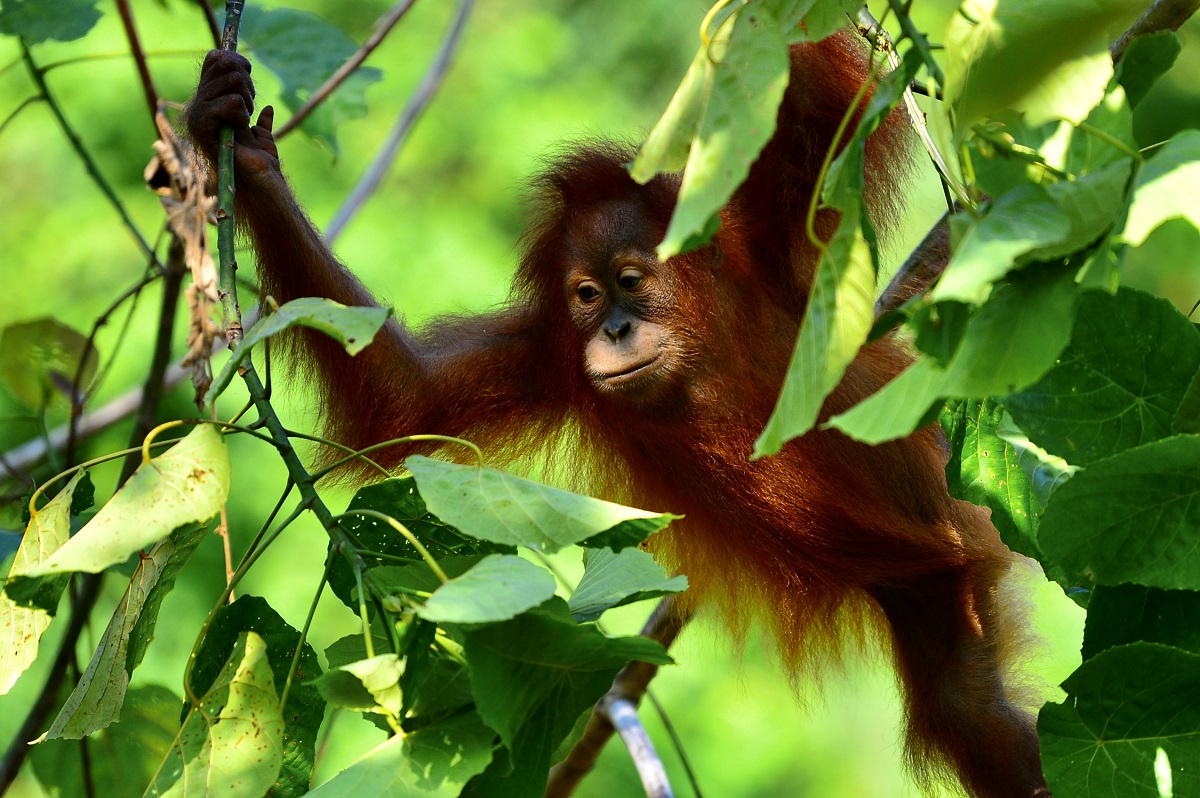