In late March, it was the ever-independent Meki’s turn to move to one of the pre-release islands at Nyaru Menteng, and staff are thrilled with her progress.

During Meki’s rehabilitation, she has shown great determination and growth, and it was decided that she was now ready to be housed on the pre-release island, Bangamat Island. This is the exciting last step in her rehabilitation journey, and it is hoped that Meki will continue to flourish in her new environment.

Meki was given a general vet check prior to her move, weighing in at a healthy 27.3kg, and was then placed in a transport cage to make the hour-long river voyage to her new home. Although a little nervous at first, the fantastic team from BOS Foundation were able to ease her nervousness by offering Meki her favourite cassava leaf to both clam and distract her from her surroundings. Once she was released onto the island, Meki enjoyed some pre-prepared food from the feeding platform before exploring her new home.

We are eagerly awaiting to see how Meki adapts to life on the island, as this is the final step before she will be able to be released into the protected forest. Here she will be closely monitored by the BOSF post-release monitoring team that The Orangutan Project helps to fund. 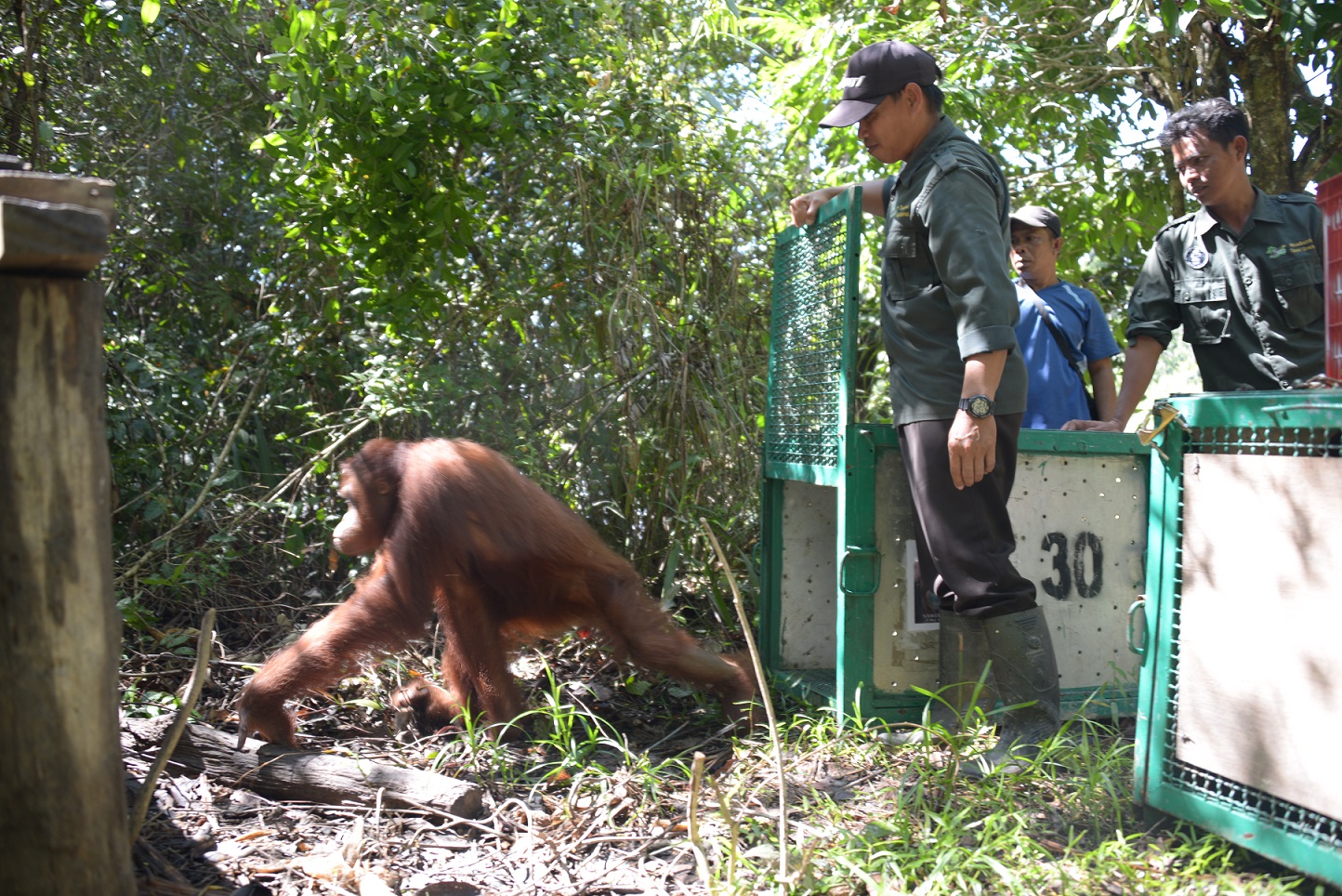 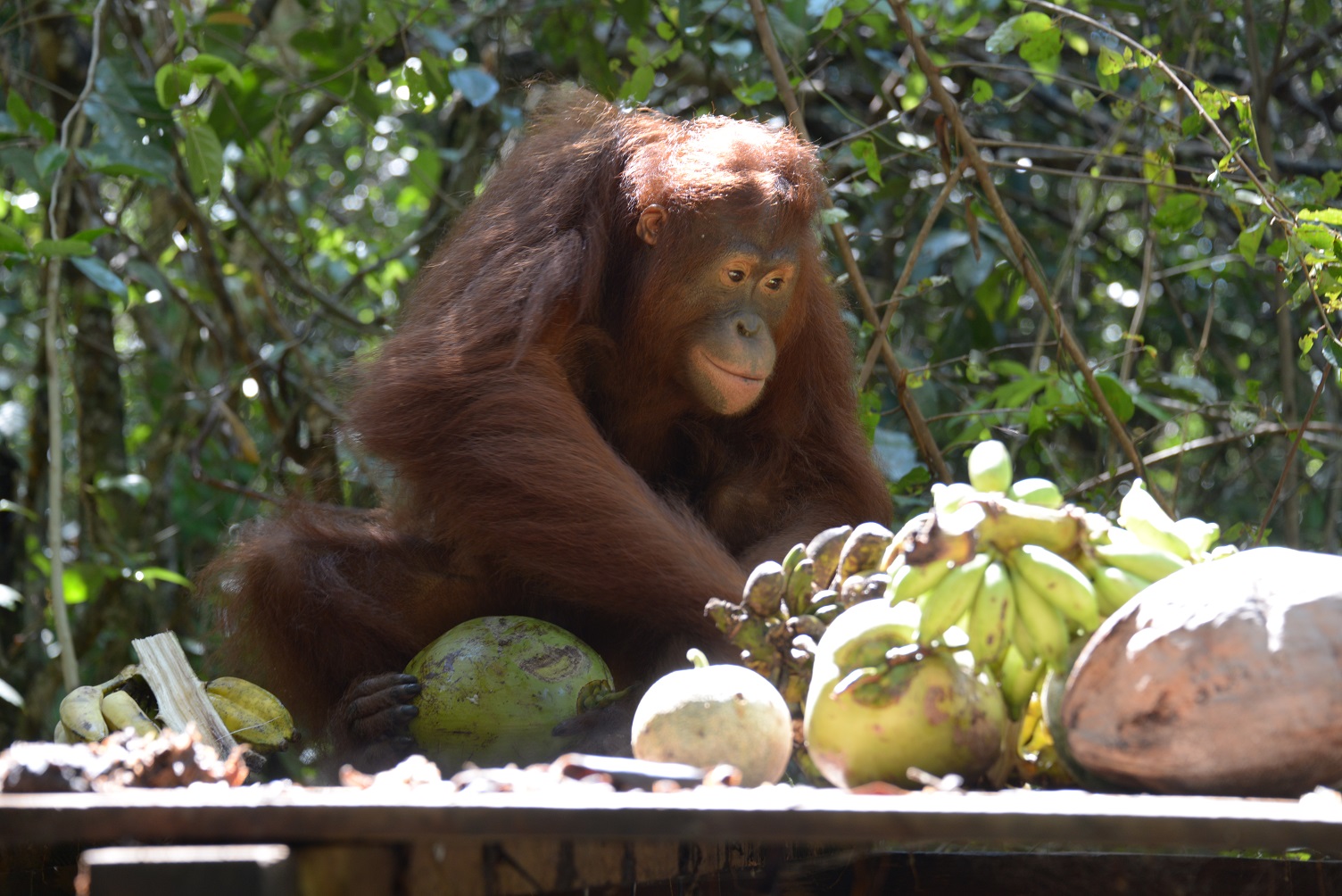 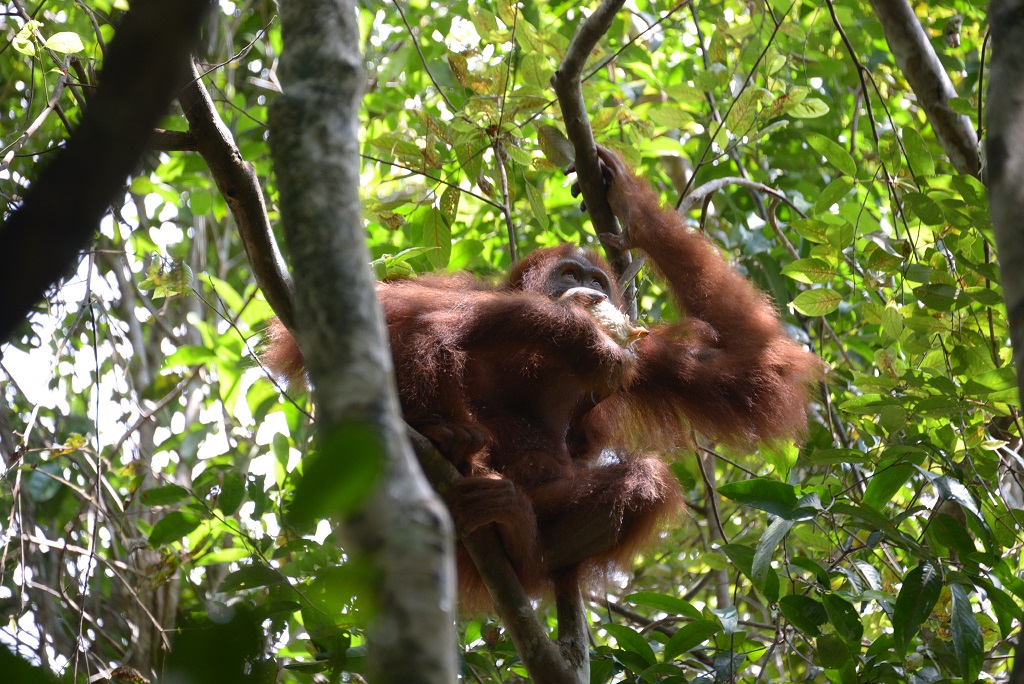