In exciting news, Bulan was moved to the Bangamat pre-release island in March with her close friend Nanga and five other orangutans. Bulan has been going very well over the last six months.

She is always active and playing with the toys and enrichment in her cage whilst Nanga would often fall asleep. Bulan would then sometimes tickle Nanga’s feet with twigs or cover her face with leaves while she slept. This would certainly wake Nanga up and the two would then play wrestle. Soon after, Nanga would go back to nap and Bulan to play.

Bulan and Nanga would sleep side by side at night time. Sometimes they would even sleep in the same swing, hugging each other. They will cuddle in the hessian sacks together when it rains to keep warm. When the technicians hose the cages to clean them, Bulan will climb up high to avoid any water splashing on her since she doesn’t like to get wet.

Bulan’s move to Bangamat Island went very well. Bulan was sedated easily and the technicians moved her into a transport crate. The team then transferred the orangutans to the island. Once the door cage was open Bulan went straight to the nearest tree. Slowly but surely, Bulan climbed up the tree and began exploring Bangamat Island with Nanga. 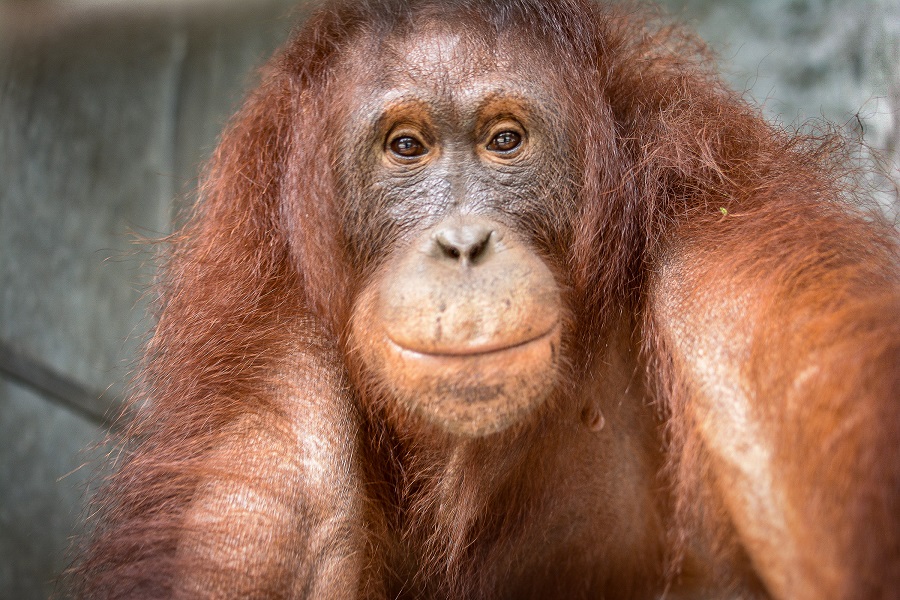 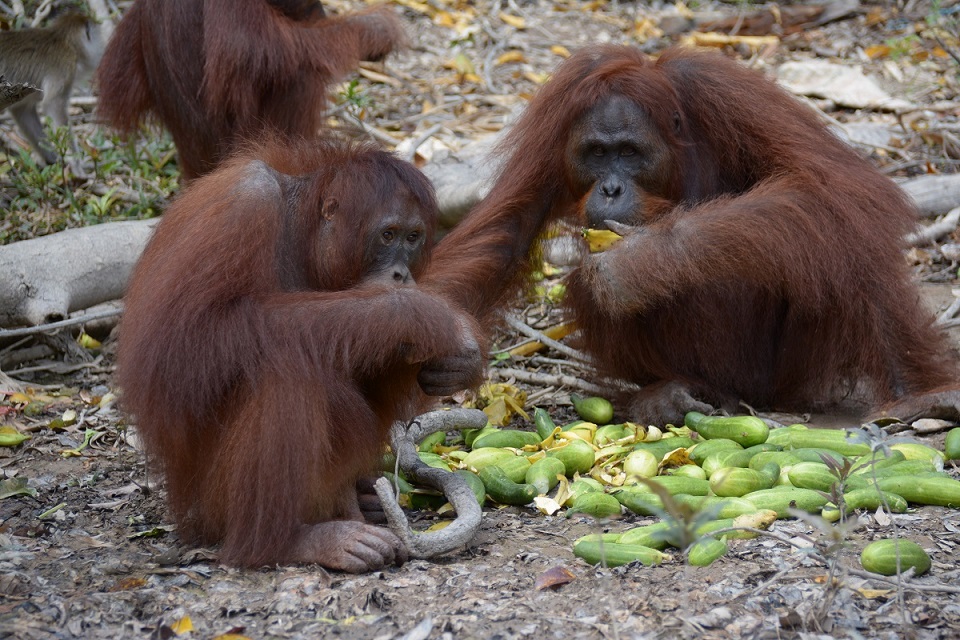 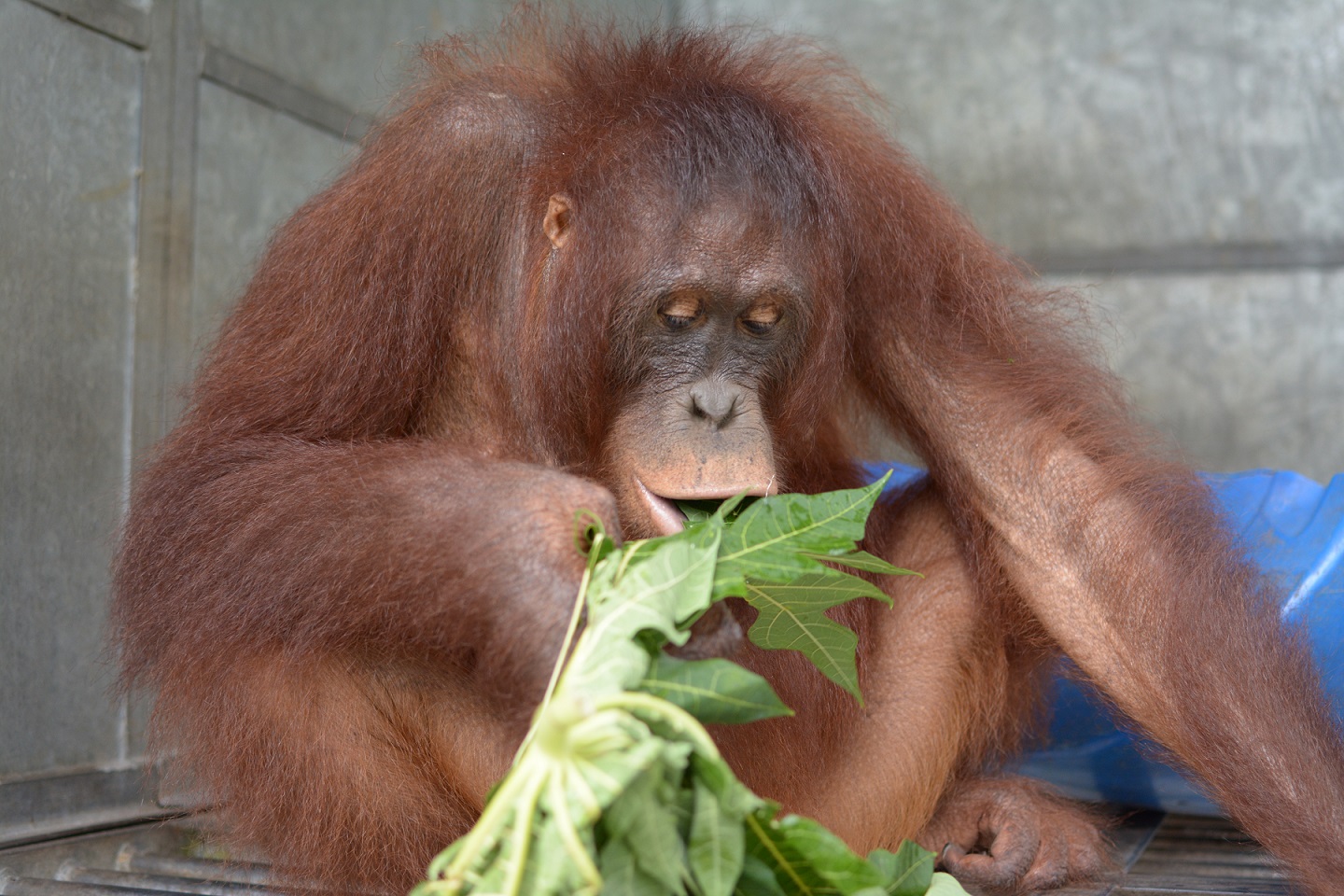